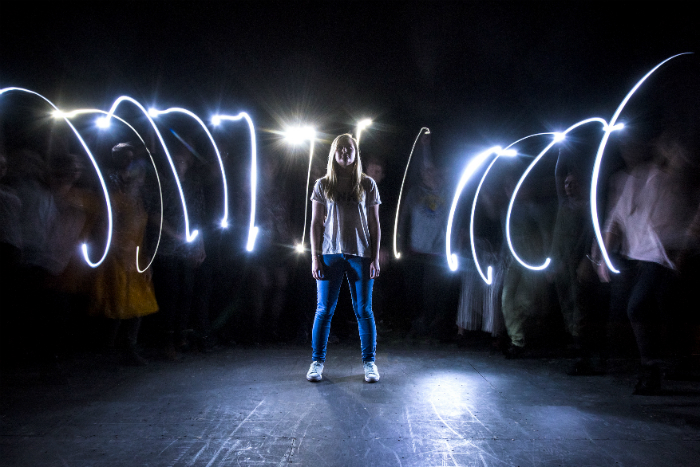 The production is inspired by Brightlight, a two million pound study funded by the National Institute for Health Research which seeks specialist services for teenagers and young adults with cancer, and aims to make living with the illness more bearable.

Brian Lobel has facilitated workshops with Contact Young Company alongwide four performers with direct experience of cancer care.  The  workshops challenged the cast to investigate the subject in an open and inquisitive way as they put together There is a Light: Brightlight.  The sessions lead Lobel (A Pacifist’s Guide to the War on Cancer with Bryony Kimmings and Tom Parkinson, BALL & Other Funny Stories About Cancer) to comment, “After over a decade of telling my own story, it’s an absolute honour to work alongside young people with and without personal histories of cancer to tell theirs.”

There is a Light: Brightlight is produced with the support of the Wellcome Trust and has been created with the help of researchers, clinicians and patients as it seeks to offer a critical and provocative perspective of how we support young people with cancer.

Launched in 2013, SICK! Festival was the first festival of its kind in the UK dedicated to exploring the physical, mental and social challenges of life and death.  The festival has presented over 200 events featuring more than 300 artists at 25 locations in Manchester and Brighton attacting audiences in excess of 200,000.