Previewed: Shalamar at the O2 Ritz 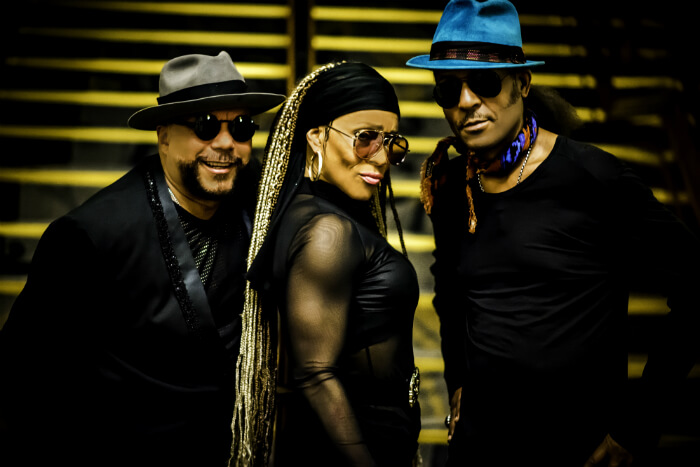 Legendary 80s soul and R&B band Shalamar are back in the UK for two shows including Manchester’s O2 Ritz.

Responsible for some of the biggest soul hits in the UK, the band sold more than 25 million records worldwide, racking up over 100 gold, silver and platinum awards.  Classic line-up members Howard Hewitt and Jeffrey Daniel, joined by Carolyn Griffey, will be performing some of their biggest hits including A Night To Remember, I Can Make You Feel Good, There It Is, Take That To The Bank and Dead Give Away.

Speaking about hitting the road again, Jeffrey Daniel commented, “This is what the audience enjoy and this is what we enjoy. They’re still getting the same quality of performance and excitement as it was in the day.  We’re older now, and after Shalamar broke up we went our separate ways, we got into our own projects.  So now we are bringing all this wealth of experience over the years into Shalamar. Now you have a bigger package.”

Separately, Howard Hewitt and Jeffrey Daniel’s influence has been huge.  Jeffrey Daniel brought street dance to the UK – he is noted as the dance mentor for Michael Jackson and the man that taught him the moonwalk.  Jeffrey co-choreographed and featured in the ‘Smooth Criminal’ and ‘Bad’ videos during a creative partnership with The King of Pop that spanned twenty years and went on to star in the original West End cast of Andrew Lloyd Webber’s Starlight Express, playing Electra.

Howard Hewett is one of the most iconic US soul artistes of all time, releasing numerous solo albums and collaborating or performing with some of the greats including Stevie Wonder, George Duke and Earth, Wind and Fire. He was recently voted by Soul Tracks as one of the top 10 greatest male soul singers of all time.

The Shalamar lineup is now completed by newest member Carolyn Griffey, a former member of the group Absolute and daughter of Solar Records founder Dick Griffey

When do Shalamar perform at Manchester’s O2 Ritz?