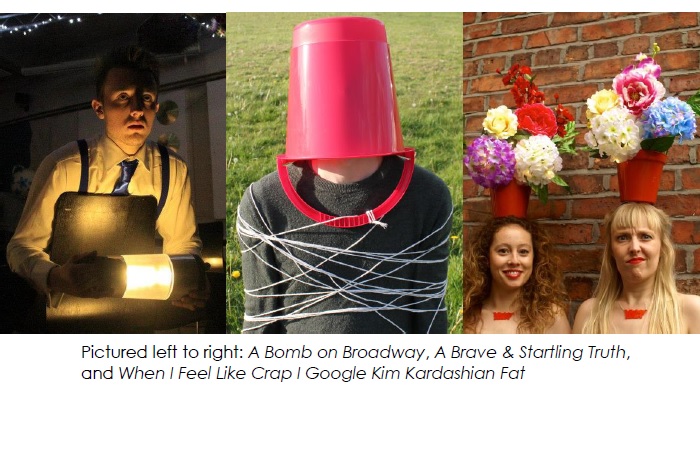 Taking the annual Re:play Festival to a new dimension, Home will be hosting the Push 2016 festival from Thursday 14 January until Sunday 24 January.

Re:play became one of the key events in Manchester’s theatre calendar highlighting the best in fringe theatre from the previous twelve months.  Now Push offers audiences the chance to immerse themselves in 11 days of extraordinary theatrical experiences, some never seen before in the city, and some that demand to be seen again.

The Push 2016 Festival line-up will feature:

Roseacre presented by Square Peg Theatre
Fri 15 January (8pm), Saturday 15 January (4pm) and Sunday 17 January (8pm)
After a body is discovered at a demonstration, a tangled web of deception is unearthed. Is anyone who they say they are? And how far will they go to keep their secrets? Inspired by Nordic Noir thrillers such as The Killing and The Girl With The Dragon Tattoo.

A Brave & Startling Truth, presented by Sheep Knuckle
Saturday 16 January (12pm) and Sunday 17 January (12pm)
Written, devised and performed by Padraig Confrey and James Monaghan, the production re-enacts the good old days, when people actually spoke to each other face-to-face. This “long distance relationship in two acts” will be simultaneously live streamed to Manchester and Melbourne.

You Must Be The One To Bury Me, presented by Babel Theatre
Tuesday 19 January (7pm), Wednesday 20 January (9pm) and Thursday 21 January (7pm)
This original, quixotic piece of contemporary theatre, about how we love and how we remember, won the ‘Best of Fest’ Award at the recent International Youth Arts Festival in London.

A-Bomb on Broadway presented by 1121 Collective
Friday 22 January (7pm), Saturday 23 January (9pm) and Sunday 24 January (2pm)
Spanning a decade, and via club nights, street fights, bomb-sites and car lights, A-Bomb on Broadway charts the memories and dreams of individuals as the world burns.

Push 2016 Festival will also feature a series of workshops on making theatre and producing puppetry amongst other things: