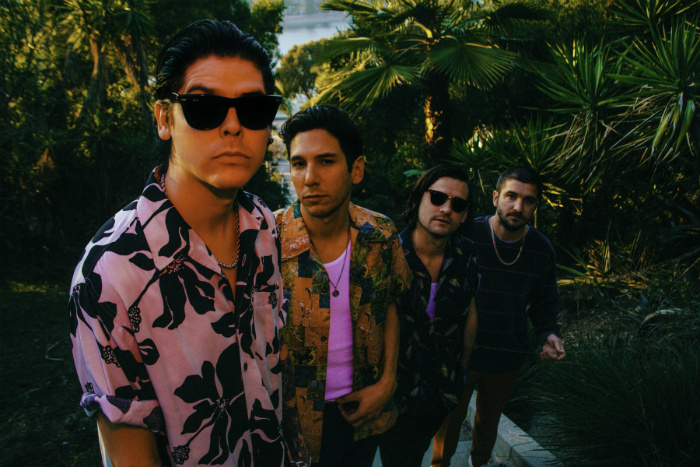 Plague Vendor join Starcrawler at their Manchester Academy gig following the release of their new album By Night.

The Manchester Academy gig is one of four dates there are playing in the UK supporting Starcrawler.  They are also set to perform at Reading and Leeds Festival and a series of headline slots across Europe.

By Night marks the follow up to 2016 debut album Bloodsweat and their debut EP Free to Eat.

The foundations for the June 2019 album release were laid out in the form of singles New Comedown, All of the Above, Let Me Get High\Low and latest single Prism.

Speaking about Prism, drummer Luke Perine of the Southern Californian Plague Vendor commented, “This was the first song where I could use a breakbeat on this album.  I was inspired by Beck’s ‘Devil’s Haircut.’ There are drum breaks on the track but not solos. It was pure fun.”

The ten-track By Night was produced by John Congleton and recorded at EastWest Studios.  Under Congleton’s encouragement, Plague Vendor have produced an album which fits between the powerful and polished sound of right now and classic punk/rock of the 60s and 70s.  The album also found Plague Vendor trying new techniques and sounds – chorused bass, flashes of synth, and machine drums.

When do Plague Vendor perform at Manchester Academy?