Previewed: Nick Lowe at the RNCM 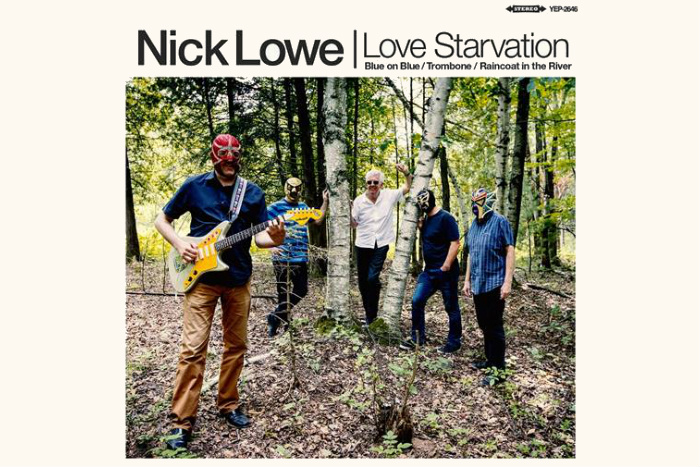 Nick Lowe will perform at Manchester’s RNCM following the release of his new EP Love Starvation / Trombone, due out on 17 May.

The EP will be released via Yep Roc Records and marks the latest collaboration between Lowe and Los Straitjackets, the beloved masked men of surf-and-spy guitar instrumentals.

Love Starvation / Trombone was recorded in Woodstock, New York, during a break from touring and features three original tracks and a cover of Raincoat In The River.

The EP marks the second consecutive release with Los Straitjackets, following 2018’s Tokyo Bay/Crying Inside.  Speaking about the collaboration, Lowe commented, “The Straitjackets definitely influenced these new songs. Love Starvation was written very specifically with them in mind”.

The celebrate the release of the EP, Lowe is embarking on his longest run of UK dates for some time, performing at Manchester’s RNCM in the midst of 18 UK shows.

Speaking about title track Love Starvation, Lowe added, “It has a kind of Ritchie Valens feel to it that I thought might suit Los Straitjackets. It’s funny, that song could’ve been a Rockpile song. But in a way, I don’t think I was good enough to write a song like that back then. It sounds like old stuff, but I’m just better at doing it now.”

When does Nick Lowe headline at Manchester’s RNCM?

Nick Lowe headlines a the Royal Northern College of Music on 9 June 2019.