Previewed: Monarchy at The Deaf Institute 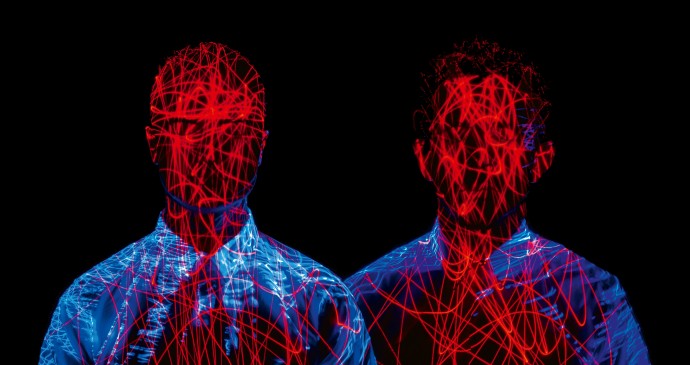 Electronic duo Monarchy are set to rip up the UK dance floors again with a limited number of live shows including Manchester’s Deaf Institute on 15 October.

The shows come in the midst of a full European tour for Andrew Armstrong and Ra Black following the release of their latest album Abnocto and a 10-track covers EP which has seen them reworking the likes of Beck, Lana Del Rey and Blur.

Since their formation in 2009, Monarchy’s continually evolving career has followed a twisting path contorted with extraordinary encounters and surreal surprises at every turn. Garnering attention immediately as a ‘mysterious duo’, the band found themselves scooping the coveted Band of The Day accolade from The Guardian before debut single ‘Gold in The Fire’ had even been pressed. Before long, the pair found themselves entertaining a queue  of artists including Kylie Minogue, Lady Gaga, Marina and the Diamonds, Ellie Goulding, Kelis, OMD and more desperate for remixes of their work glossed with the duo’s unmistakeable synthesised stylings.

Dropping début album ‘Around The Sun’ in 2011, their globe-trotting schedule has since seen them headline shows and club gigs in the US, Spain, Germany, UK, France, Russia, and take on some of the world’s biggest festivals including Melt, Lovebox, and The Big Chill. However, it would be their set at Coachella in 2011 that would see them strike a close friendship with burlesque superstar Dita Von Teese. Dita has since collaborated vocals and video appearances on three tracks for the band including YouTube smash-hit ‘Disintegration’ – the first single to be taken from 2015 album ‘Abnocto’, along with ‘Black Widow’ and the duo’s recent sensual re-working of Blur’s ‘Girls & Boys’.

Self-releasing all their own material and mixing it their own studio in East London, Monarchy continue to retain a fierce independent spirit and a striking, yet enigmatic identity. With plenty more surprises no doubt still to be unravelled in the duo’s career, Monarchy will see out what has already been an unprecedented year with these unmissable live shows.

In Review: Foxes at The Ruby Lounge
In Review: The Saturdays at the O2 Apollo
In Review: Elevant at The Fallow Cafe