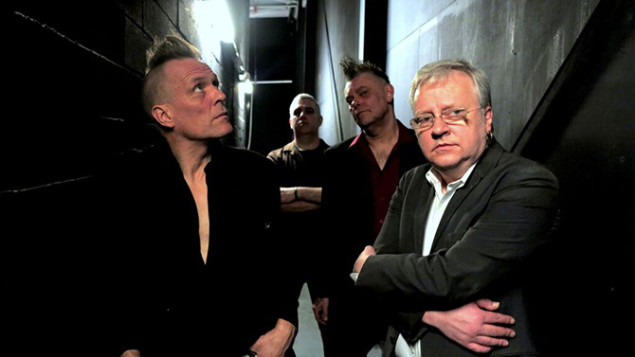 After 2017’s launch of the now annual Membranes & Friends event, the band return with their third festival at The Ritz, Manchester.  The event will also be the launch party for their upcoming album What Nature Gives … Nature Takes Away.

The new album is a double about the beauty and violence of nature that also features Chris Packham and a 20 piece choir and strings allied to the bands distinctive bass driven dark matter post punk.

The Membranes & Friends festival will see the band perform the new album, which will go on sale that night.

Support comes from a series of bands handpicked by the Membranes.  Joining them are Henge, Queen Zee, Go-Cart Mozart, The Pack (Theatre of Hate) and Glove.

The festival will veer from Henge’s psychedelic space rock that has been a big hit at festivals and sees the band on the verge of big breakthrough to the acclaimed Liverpool band Queen Zee whose post-punk sex beat has been embraced by Iggy Pop.

Cult icons Go-Kart Mozart are the current vehicle of the eccentric, underground genius Lawrence who found cult fame with Felt whilst The Pack are the recently reformed first band of Kirk Brandon the iconic post punk frontman of Theatre Of Hate and Glove are a fast rising local band, fresh from their debut single release.

When does Membranes and Friends Festival take place at Manchester’s O2 Ritz?