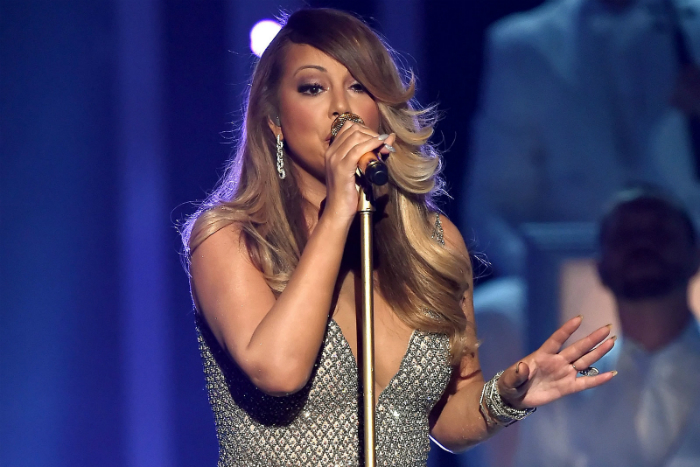 Mariah Carey’s latest tour has launched in the UK, and is set to witness the singer bring her 5-octave voice to Manchester Arena on Friday 18 March.  The tour comes hot on the heels of a sell-out Las Vegas residency and marks a return for the best-selling female artist of all time to these shores since the European leg of her groundbreaking Charmbracelet tour back in 2003.

Drawing on a back catalogue of over 18 No. 1 singles, Mariah will be performing her biggest hits, including the timeless ‘Hero’, ‘Fantasy’, ‘Always Be My Baby’, the global smash hit ‘We Belong Together’ and many, many more.

The UK leg of Mariah’s fabulous “Sweet Sweet Fantasy” tour, opened in Glasgow on 15 March 2016 and as well as Manchester, will take in Leeds, Birmingham and Cardiff before finishing with a spectacular night at London’s O2 Arena.  The tour will then take in Luxembourg, Belgium, Denmark, Norway, Sweden, Finland, Estonia, Latvia, Lithuania, Poland, Germany, Italy, Switzerland, Austria, France and the Netherlands before concluding with a few very special performances in South Africa.

Speaking on announcement of the tour, Mariah Carey commented “Lambily, it’s been too long!! I’m so excited to be coming to Europe to perform for you all. I promise we’re going to share the most amazing moments together and I have so many surprises in store for you daahhlings! Can’t wait to see you all in your hometowns. Love Mariah xx”

The singer has sold over 220 million records, with an incredible 18 Billboard Hot 100 No 1 singles, including ‘Fantasy’, ‘Always Be My Baby’, ‘Hero’, ‘Touch My Body’, ‘One Sweet Day’, and ‘We Belong Together’.  During a stunning career she has scooped multiple Grammy Awards, 21 American Music Awards, Billboard’s “Artist of the Decade” Award, the World Music Award for “World’s Best Selling Female Artist Of The Millennium,” and BMI’s “Icon Award” for her outstanding achievements in songwriting.