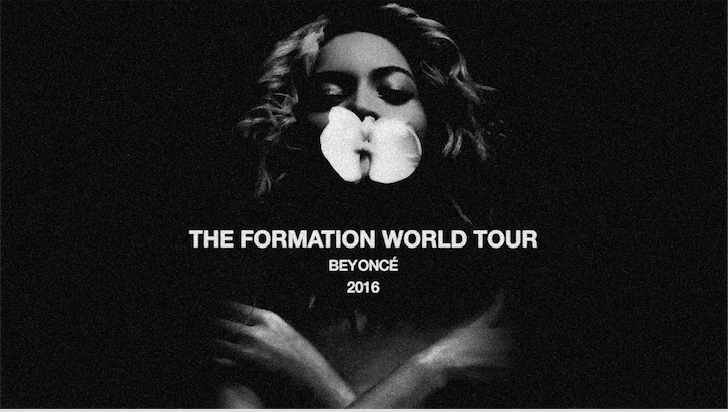 Worldwide superstar Beyonce has announced a world tour which will include six UK and Ireland dates as a part of the European leg.

The announcement of The Formation World tour comes after her appearance during SuperBowl 50.

The European leg starts in Sunderland on 28 June before moving through the UK, stopping at Manchester along the way with a performance at Emirates Old Trafford.

The Formation World Tour is Beyonce’s first solo tour since her ambitious Mrs. Carter Show World Tour in 2013. The sold-out tour spanning two years and five continents thrilled nearly two million fans and was hailed by critics worldwide. During the summer of 2014, Beyonce and Jay-Z launched the six-week On The Run Tour.

The announcement also marks the latest coup for Emirates Old Trafford who last year witnessed an incredible performance by Foo Fighters and have since announced gigs at the venue for Rihanna and AC/DC amongst others.

Tickets for Beyonce performing at Emirates Old Trafford on 5 July go on sale on 16 February 2016.