Previewed: LUH at the Deaf Institute 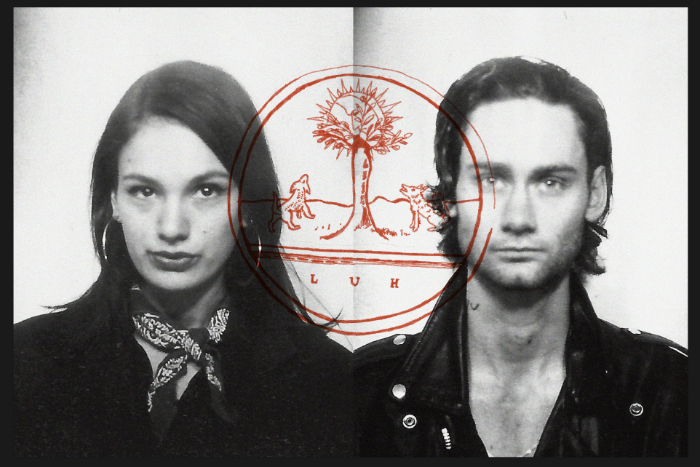 LUH are set to perform at Manchester’s Deaf Institute on the day of the release of their debut album Spiritual Songs For Lovers To Sing (out 6 May).

LUH began 2016 by releasing I&I, a song about daybreak, new beginnings and fresh starts and with a sound so bold and unflinching, it served as perfect way to describe the shape of things to come.

Now, the release date of the album has been confirmed.  Spiritual Songs For Lovers To Sing was produced by The Haxan Cloak (known for his own genre-bending experimental compositions and work on Björk’s Vulnicura album) on the remote island of Osea.

LUH (which stands for Lost Under Heaven) is Ellery Roberts and Ebony Hoorn. Over the past two years, they have been releasing music, art, photography, film and manifestos into the world, including 2014’s Unites video and the expansive Lost Under Heaven music and artwork package at the end of last year.

Ellery’s name might be familiar as the frontman of WU LYF, whose raw and primal voice helped create a sound that shaped a new model for the untamed fury of youth. Ebony is an audio-visual artist based in Amsterdam, where the pair now live, and co-directed the new video for I&I with Florian Joahn.

LUH perform at Manchester’s Deaf Institute on 6 May