Previewed: Louis Berry at The Castle 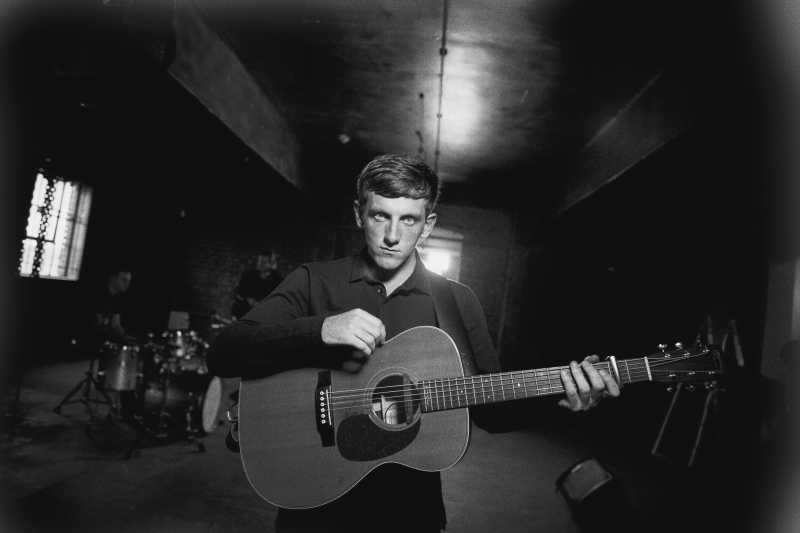 “I want to be the biggest male artist on the planet. You name me one song in the charts right now that says anything about your life or my life. I can’t name ONE! Chart music now is just candy – it doesn’t feed your soul. An hour later you’re hungry again”.

It’s a bold ambition for Liverpool born singer songwriter Louis Berry, but one he is determined to make happen.

Born in Liverpool to a heroin addict father and a mother desperate to keep him on the right side of the law, Louis Berry already seems to have lived nine lives. “I had to be older than my years to keep the family together. I had to be strong for my mum although I was ashamed growing up because of my dad. I was ashamed to be me and the only way I could get respect was by doing bad things”.

He’s a bit of a loner – albeit a loner known to many on the estate he grew up on  – and a loner not unknown to the local police. His was a life spent living on his wits and his ability to help make ends meet through whatever means necessary. At his heart is a conscience and a sense of morality, although one which made him think it was ok to steal a car because “they could afford a car – we couldn’t afford to eat”.

Eventually getting access to a guitar after his grandfather gave him an entry level banjo, Louis would sneak up to his bedroom and learn to play. “I hated carrying a guitar case on the estate as it felt like a weak thing to do. But fuck it, it was what it was.  At school there were the popular kids, and there was me. I thought differently to other people. It always felt like I was looking in on people and their lives.

Since then there has been no looking back.  In 2015, Louis released his debut EP ‘Rebel’, which featured the single ’25 Reasons’ and earned him critical acclaim as well as a loyal fan base both online and at his explosive live shows.  His .45 EP is also out, featuring distinctive vocals and no-frills rock’n’roll.  Lead track ‘.45’ is a powerful self-proclamation where Louis Berry sets the cornerstone of his idea by lyrically provoking and vocally enticing his listeners.  Written as a message for people to open their eyes and to question, Louis asserts that “when a man recognises that true knowledge and the ability to see clearly are the most powerful god given gifts he can possess.”

The b-side track ‘Prince of Thieves’ also hits on Louis’ rock ‘n’ roll honesty.   The track was recorded live during Louis’ first ever studio demo session as one of 15 songs he put down that day – a man in a hurry with plenty to say.  ‘Prince of Thieves’ is the story of ‘the man’ on the run, avoiding the outcomes and traps yet always holding true to his beliefs – ‘you can put him in a courtyard you can put him in cage but he won’t play’.

Signed to Ministry, and back in the studio putting the finishing touches to his debut album, Louis Berry remains a bit of a misfit, who will gladly offer an honest opinion about anyone he knows – including fellow musicians and people within the music industry. “If someone tells me I have to go out there and impress some people because they’re important to my career, I’d rather go out there and really piss them off. Because this should be about the songs and a belief that everything else is bollocks. I walk around thinking ‘people in Liverpool, can’t you see what they are doing to you?’. There’s so much to say and no one is saying it. I’m going to be the lad who does.”

Louis Berry performs at Manchester’s The Castle on 22 January.