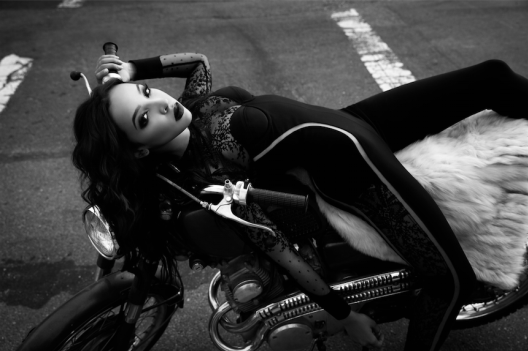 Tinashe has announced a run of UK dates as part of her Joy Ride World Tour which will find the singer performing a headline show in Manchester at the O2 Ritz.

The tour marks the second world tour for the American singer who last year performed at Manchester’s Gorilla.

The singer-songwriter, dancer and producer, is quickly making a name for herself as a live performer. After releasing her 2014 critically lauded debut album, Aquarius, Tinashe toured relentlessly, taking her live show around the globe several times over, including sold-out shows across North America, Europe, Asia, Australia and the Middle East. Tinashe spent the summer of 2015 touring arenas and amphitheatres on Nicki Minaj’s The Pinkprint Tour and ended 2015 touring stadiums and arenas in South America with Katy Perry. Known for her intense, captivating and energetic command of the stage, Tinashe is quickly becoming one of the most celebrated live performers today. The new tour takes its name from Tinashe’s upcoming sophomore album, Joyride. The album itself is a direct result of over a year on the road, with the energy and thrill of Tinashe’s show weaved directly into the album’s in-your-face DNA. The album is set for release later this winter on RCA Records fresh off the heels of multi-format hit single Player featuring Chris Brown, previously shared track Party Favors featuring Young Thug and the international hit All My Friends with Snakehips and Chance The Rapper.

Tickets for Tinashe performing at Manchester’s Ritz on 5 May 2016 go on sale at 9am on Friday 15 January.