Previewed: Kongos at The Ruby Lounge 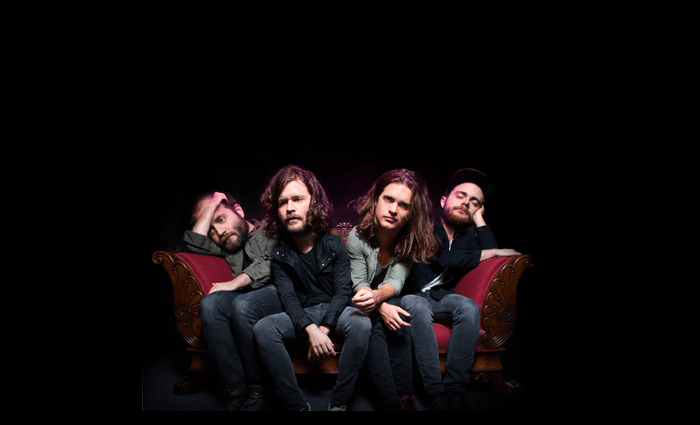 Kongos are returning to the UK this November following the North American leg of their Egomaniac tour, in support of their latest album.

The band made a flying visit to the UK back in summer where they played a one-off gig at Dingwalls in Camden, London to a raucous crowd.  “We were blown away by the fans at Dingwalls. We didn’t expect that response from a London crowd. It was awesome.” said Jesse of the gig.

Following two successful years on the road supporting 2014 ’ s breakout Lunatic, the brothers Kongos – Johnny, Jesse, Dylan and Danny – returned home in late 2015 with a bevy of ideas. Writing initial demos separately, the group convened at Tokoloshe Studios—their full-scale production studio located in their hometown of Phoenix, Arizona. While sharing ideas, they collectively realised a thematic
commonality, which would eventually lead to Egomaniac.

Egomaniac boasts 13 new tracks from the group. These range from the blues guitar-driven accordion shuffle of I Don’t Mind, which instantly became a live favorite, to the skittering electronics and sharp commentary on Autocorrect and the epic send-off at the heart of Look
At Me.

In 2014, Come With Me Now from Lunatic put Kongos on the map. The group became recognised as one of rock music’s most infectious and invigorating new voices as the track went RIAA double-platinum for sales in excess of 2 million. It occupied the number 1 spot at Alternative Radio for five weeks, marking the quickest ascent to the top by a new band.  The song was heard everywhere with placements by The Expendables 3, Universal Studios, Dodge Ram, Samsung Galaxy, American Idol, The Originals, MTV Movie Awards, HBO, FX, CNN, NBC Sports, ESPN, NFL, WWE, PlayStation 4 and more and live performances on Late Night With Seth Meyers, Jimmy Kimmel Live, The Today Show and more.