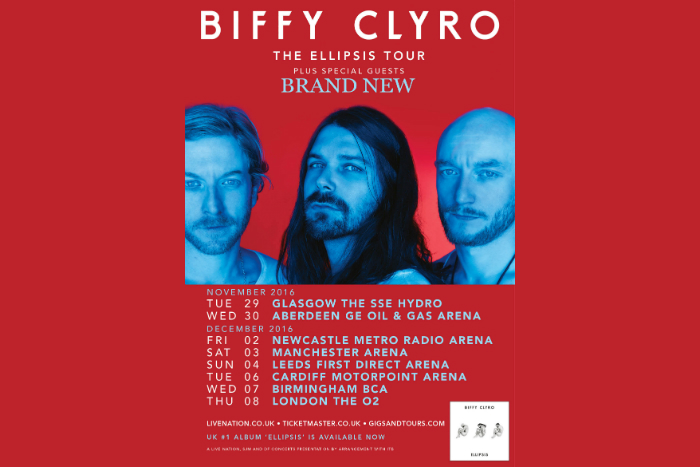 The tour announcement follows the release of the band’s seventh album Ellipsis which went straight to the top of the UK album charts as well as charts in Germany, Switzerland and Ireland.