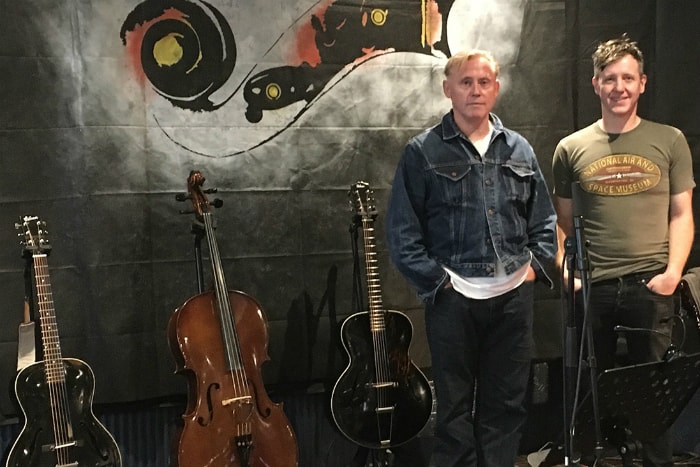 Kirk Brandon, the voice of Spear of Destiny, Theatre of Hate and Dead Men Walking, is set to perform an intimate gig at Manchester’s The Castle next week.

Having enjoyed worldwide success as frontman of these bands, Kirk Brandon has spent the last nine years recording and releasing five solo acoustic studio albums (the Dutch Masters series), featuring tracks which have spanned his whole career.  The albums have featured many of the people Kirk has worked with over the years including Derek Forbes (Simple Minds), Slim Jim Phantom (Stray Cats), Mike Peters (The Alarm) and Clint Boon (Inspiral Carpets).

The latest of these solo acoustic albums, Dutch Masters Volume Five, featuring two Theatre of Hate interpretations, a James Bond theme and a country and western cover of a Ry Cooder tune, has become the best seller in the series.

Over the past two years Kirk has joined by master cello player Sam Sansbury both in the studio and at live shows.  Two exceptionally received studio albums have been released “Cello Suites” Uno & Duo.

When does Kirk Brandon perform at The Castle?

Kirk Brandon opens his UK tour with a Manchester gig at The Castle on 4 April 2018.