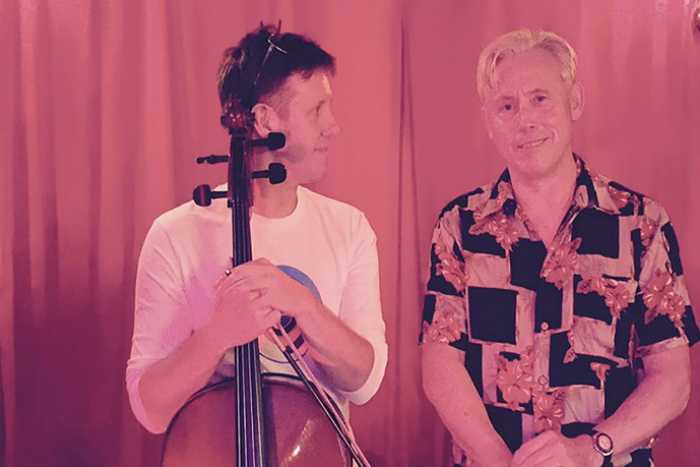 Kirk Brandon, the voice of Spear of Destiny, Theatre of Hate and Dead Men Walking, comes to The Eagle Inn next week during his nine date UK tour.

With over 15 studio albums and countless single releases, his career now spans well over 30 years.  Despite his success as a frontman, he has recorded and released five solo acoustic studio albums over the last nine years.  These albums have pulled tracks from all eras of his career, featuring many of the people Kirk has worked with and collaborated with over the years including Derek Forbes (Simple Minds), Slim Jim Phantom (Stray Cats), Mike Peters (The Alarm) & Clint Boon (Inspiral Carpets).

The latest of these solo acoustic albums entitled “Dutch Masters Volume Five” has become, in its first year of release, the best seller in the series.  The album features two Theatre of Hate interpretations, a James Bond theme and a Country and Western cover of a Ry Cooder tune.

Over the past two years Kirk has joined on the road and in the studio by master cello player Sam Sansbury, pictured with Kirk above, resulting in two studio albums, Cello Suites Uno and Duo.

Where and when does Kirk Brandon play in Manchester?

Kirk Brandon performs at The Eagle Inn on Saturday 9 December.  The Manchester gig is one of nine UK dates he is performing: