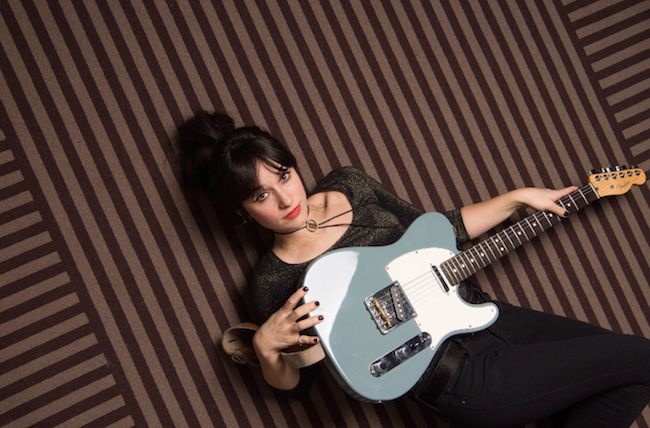 As she approaches the mid-point of her UK tour, The Howling Bells frontwoman turned solo artist Juanita Stein performs at The Eagle Inn.

The gig comes after the August release of her new album Until The Lights Fade and follows a series of summer festival shows including Latitude and Green Man.  It also comes after a nine-date US tour.

Until The Lights Fade marks Juanita Stein’s second solo album, arriving less than a year after her solo debut America.  Whilst America saw her explore the cultural landscape of a country which had always fascinated her from afar, Until The Lights Fade is rooted far closer to home.  It speaks of thoughts, feelings, stories and characters close to her heart.

“I feel like the two albums are different sides of the same coin,” Stein explains. “If ‘America’ was the starting point of a journey – the musical equivalent of me spreading my wings, but also treading carefully, trying to figure myself out having come from such an intense period of camaraderie in the band – then this record is me starting to gain a bit more traction, feeling more confident in where I’m coming from and what it is I’m doing.”

When the opportunity arose late last year to spend a week in Austin, Texas with the producer Stuart Sikes (Cat Power, White Stripes, Loretta Lynn), Stein explains, “I just grabbed it. When you reach a certain point in life and moments like that appear, you have to go with it. Up ‘til now, everything I’ve done has always been planned and laboured over, but this album was very impromptu, very spur of the moment – a couple of the musicians I was working with I had only met for the first time that week. It was like nothing I’d ever done before.”

When does Juanita Stein perform at The Eagle Inn?

Juanita Stein headlines at The Eagle Inn on Wednesday 21 November 2018.