Previewed: Jess Kemp and David Gorman at the Deaf Institute 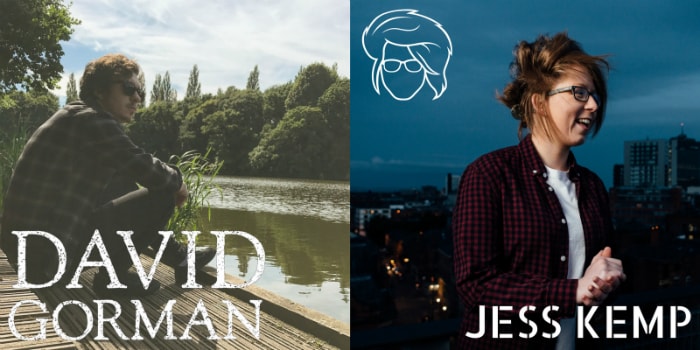 Jess Kemp and David Gorman are to co-headline a Manchester gig at the Deaf Institute in May.  The two Manchester singer/songwrtiers will  each take to the stage separately with a full band to showcase brand new music in what marks their biggest show to date.

Since launching her debut single Stars and debut EP Camden, Jess Kemp has headlined at the likes of Manchester Academy 3, Factory, Gullivers, Sacred Trinity Church and The Eagle Inn as she has become a firm favourite on the Manchester live scene, earning the nod of approval from Clint Boon.

She achieved further success in 2017, with the release of VondelPark and slots at Kendal Calling and Bluedot on the way to being nominated as Best Songwriter at the Unsigned Music Awards.

Jess Kemp will be launching two new singles at the Deaf Institute, No Shouting and On The Ground.

David Gorman started the year with a nomination from Bolton FM’s Unsigned Show for Best Male Solo Act and a longlist entry for Best Produced Record of the Year for Another Midnight.  Having spent January and February touring the UK promoting his latest EP, he now has his sights firmly set on the Deaf Institute where he will be releasing his new single Chicago is Calling.

Jess Kemp and David Gorman headline at Manchester’s The Deaf Institute on Friday 18 May.  Tickets are priced £6 via See Tickets.