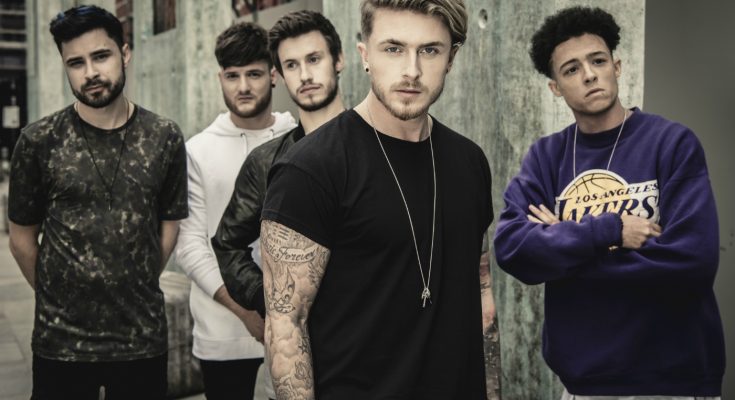 There’s a decidedly mixed crowd at the Deaf Institute waiting for Y.O.U.N.G to take to the stage for their hometown Manchester gig.  The venue is sold out (as the band are keen to let us know), with the extremely keen and buoyant crowd backed up all the way to the exit.

There’s a long history of rock/rap crossovers, some of which have been successful (KORN, Faith No More, Linkin Park to name but a few).  Many have strongly polarized opinion (yes, Limp Bizkit we’re looking at you).  And there have also been a large number who have been unable to pull it off, sounding like a mish-mash of two strong genres just gone plain wrong (we won’t name names, but chances are you know a few).

With this being Y.O.U.N.G’s debut headline tour, we’re not quite sure which way this well go as we’ve not yet had the opportunity to see the band perform live.  Within minutes any fears that Y.O.U.N.G may be one of the many bands who can’t rise to the task are wholly allayed.

After an atmospheric opening the band launch into an energetic set.  With the home crowd support spurring them on they quickly demonstrate their ability.

The range of influences at play is particularly impressive.  Besides the obvious rock and rap, there are elements of pop, punk, ska and reggae (we absolutely love Lost Boy which they declare is ‘for the more Jamaican side of the family!’) all fused into a wonderful and brave sound.

Dubbed the Lazy Tour in celebration of the single of the same name, the show is anything but.  The band exudes energy throughout – it’s dynamic and driven.  Stage presence is spot on, which is admittedly a little surprising for a band on their debut headline tour, and there is some great humour between Chez Davis and Ben Donaldson.  Even the ‘slower’ pieces are full of verve as the crowd bounces along.  The thumping baseline of Really Don’t Like You is a particular treat.

Whilst Y.O.U.N.G may be at the beginning of their career, there’s enough to already show that if they continue in this vein they have more than enough in the tank to be at the right end of the spectrum of rock/rap bands.