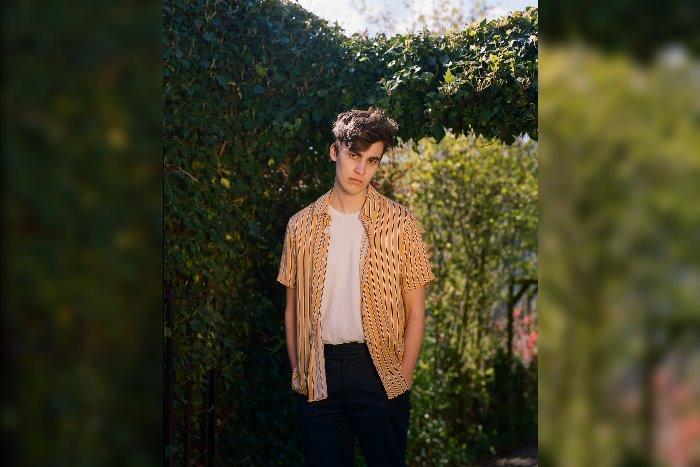 Professional Sad Boy JC Stewart opens his run of UK dates at Manchester Academy 2 on the back of a summer he should certainly smile about.

The Northern Ireland artist has been receiving strong support from the likes of Lewis Capaldi, Scott Mills and Niall Horan and has been performing alongside Lauv and James Bay; add to that his sell out shows at The Islington, the success of recent single Bones and the upcoming release of Pick Up Your Phone and it’s easy to see why there’s a buzz about him.

In the aftermath of the success of Bones, JC Stewart shared an acoustic recording of the track.  Stripped back to acoustic guitar, this new take put the focus entirely on the soulful power of JC’s voice and the emotional resonance of his lyrics. It’s stark, revealing and vulnerable – yet some subtlety layered backing vocals amplify its haunting mood.

“‘Bones’ is one of the most honest songs I have ever written,” says JC Stewart. “I wrote it the day after my first ever break-up and all the lyrics just spilled onto the page really quickly. I’m super excited that it’s coming out after so long!”

Citing diverse influences such as James Blake, Dermot Kennedy, Hozier, Tom Waits, Bob Dylan and The Band, he crafts songs born from his own experiences of love and heartbreak that explode from intimate confessionals into bold anthems.

In addition to his own quickly ascending career, JC Stewart is also an in-demand collaborator for the next wave of young artists. He co-wrote ‘Hollywood’ with his friend Lewis Capaldi, with the song featuring on the latter’s smash hit debut album ‘Devilishly Uninspired To A Hellish Extent’. He then followed his set at Barn On The Farm by guesting during Maggie Rogers’ performance of ‘Alaska’ alongside Maisie Peters and others.

When does JC Stewart perform at Manchester Academy 2?