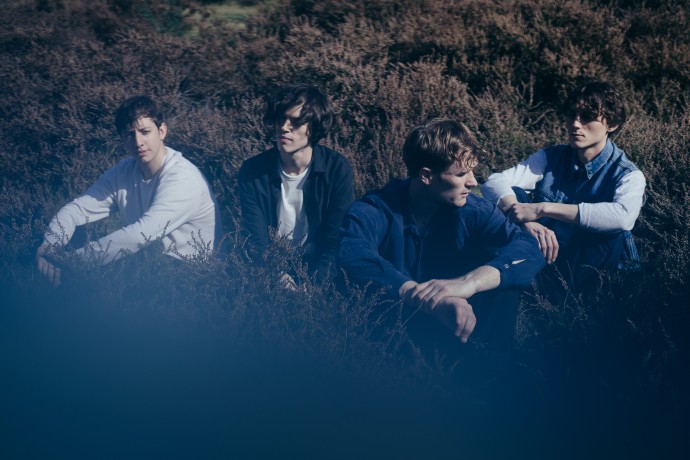 With Gengahr’s second album expected for release next year, the band are on tour giving fans a taster of some of the tracks which could make the album with a series of intimate shows rounding off at Manchester’s Deaf Institute.

The indie-pop four piece had their head down in the latter part of 2016, writing and recording the album which just a few live appearances dotted throughout the summer.

As vocalist Felix Bushe from Gengahr reveals, “Since touring the UK last year we’ve been writing and recording our next album. We’ve broken things up a little by performing at a few festivals and touring Europe with Wolf Alice but by and large we’ve been focused on making LP 2.”

Album number two will be the follow-up to their 2015 debut A Dream Outside which spawned singles She’s A Witch, Heroine and Fill My Gums With Blood which all featured heavily on the radio and picked up positive reviews all round.

Whilst the release date of the new album still very much to-be-confirmed, the forthcoming shows will offer a tantalising first taste of the new material to come, with Felix adding, “After finishing the record we wanted to get out on the road and start to get our heads around the new songs as soon as possible and begin to get our heads around the new songs and see how they translate live. It’s also going to be a great opportunity to play in some of the cities we didn’t make it out to last year. A lot of these shows are going to be in fairly intimate settings so we are going to take this opportunity to give a glimpse at what’s to come next from us. We will playing a lot of new material at these shows and we are very excited to see how everyone will react!”

Propelled by their success on home turf, Gengahr’s surreal indie sound has been lapped up far and wide. From scoring invitations to some of Europe’s best annual bashes (Frequency in Austria, Pukkelpop and Best Kept Secret in Holland, Hurricane + Southside in Germany), a headline tour of Down Under, and world-wide tours with Wolf Alice, Ezra Furman and Alt-J; Gengahr are quickly becoming a phenomenon.