Previewed: By The Rivers at Band on the Wall 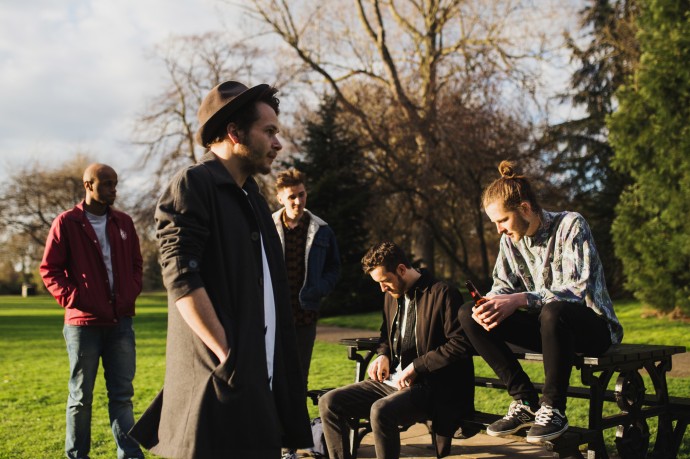 Having returned with their first new material in over three years, reggae sextet By The Rivers at heading to Band On The Wall.

What You See, a collection of five brand-new tracks from the group, hit the shelves on Friday 18 November on the band’s own record label, For The People.  It’s the group’s first new collection of material since their 2013 self-titled debut.

With a knack for sunny melodies and a blue-sky attitude genre, the Leicester six-piece have picked-up praise for their ability to twist Pop, Soul & Reggae and Afrobeat into a wonderfully eclectic and vibrant sound – and their latest offering finds them in as playful mood as ever … ska guitars, Hammond organs, calypso rhythms and brass sections and in the mix.

The new release is being accompanied by a series of 9 new shows across the UK, including Manchester’s Band On The Wall on Friday 9 December.  Speaking of the tour dates, By The Rivers vocalist,  Nile Barrow commented, “We’re really excited to be getting back on road after having a busy festival season, and touring with Will & The People, we’ll be spurring each other on, and bringing a whole new level of energy.”

Following a hectic touring schedule across the UK and Europe, the band have had the privilege of supporting some of their own musical icons including The Wailers, Jamie Cullum, Michael Kiwanuka, The Specials, Madness and Fun Lovin Criminals, not to mention headline many of their own, which have included top billings at hugely respected festivals like Shambala, Nozstock and Larmer Tree.

By The Rivers perform at Band On The Wall on 9 December 2016.