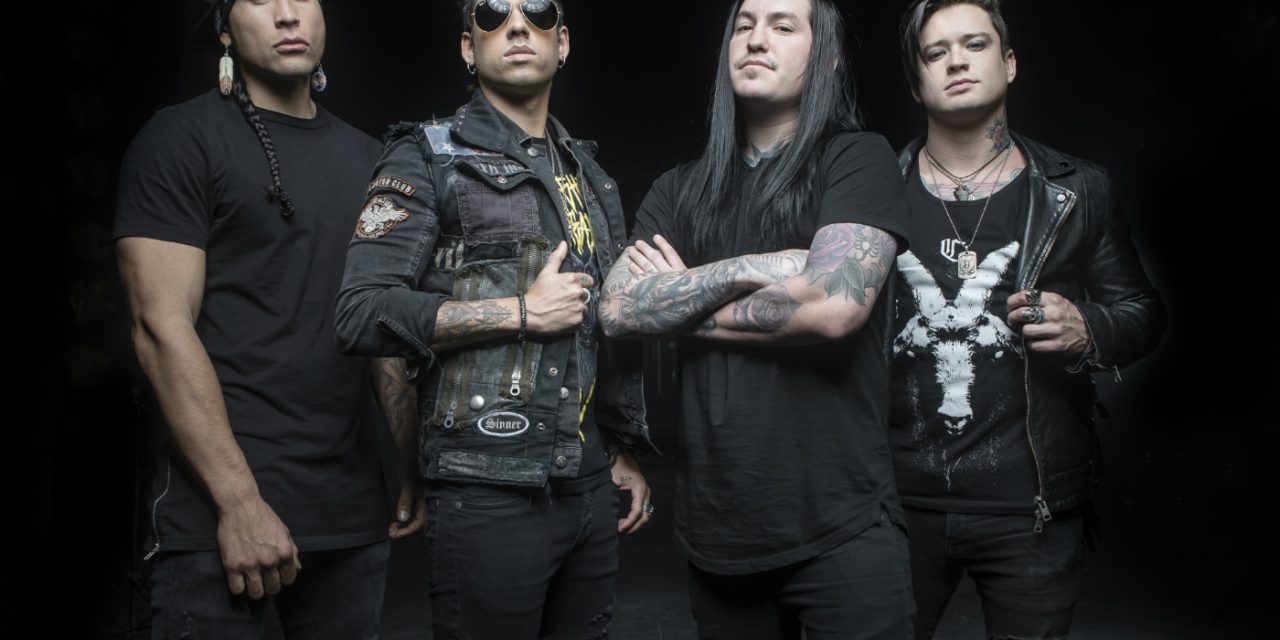 Escape The Fate come to Manchester Academy 2 in the run up to the release of their new album I Am Human (out 16 February).

The band has recently revealed the latest track from the album, Broken Heart, which is available as an instant download when pre-ordering the new album.

Broken Heart is the fourth track showcased from the album following the melodic, angst-driven anthem ‘Do You Love Me’, the title-track ‘I Am Human’ and the dark party-centric lead single ‘Empire’.

The release comes ahead of their return to the UK at the end of next week.  The run of dates includes a Manchester gig at Manchester Academy 2.

Throughout their career Escape The Fate have delivered a sound that is sonically diverse, piecing together metalcore, pop hooks and synth-infused ballads injected with 80’s sleaze, but with their sixth instalment, I Am Human, Escape the Fate are at their most raw, real, and relatable yet.

It has been produced by GRAMMY Award-nominated super producer Howard Benson (My Chemical Romance, Adam Lambert), and sees an evolution of Escape The Fate’s sound that brings the band back to the excitement of their roots.

Where and when do Escape The Fate headline in Manchester?