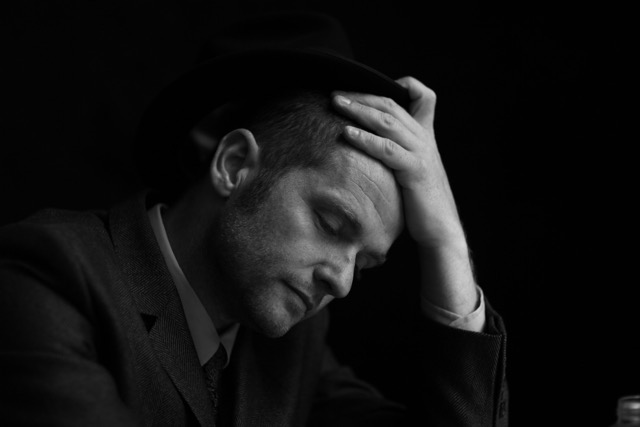 David Ford brings his latest UK tour to Manchester’s Deaf Institute in a few days time.  The multi-instrumentalist and master of the loop pedal is in the midst of a 10-date UK tour which opened at the beginning of June at London’s Islington Assembly Rooms.

Ford has released four studio albums, combining Americana, English melodicism and a touch of rock’n’roll.  He tells emotive stories of social commentary, politics and love in a world going to hell.  He engages and harks back to an era of classic songwriting. Think Tom Waits, Neil Young and Randy Newman.

Plaudits have followed David Ford throughout his career, if not massive commercial success (although he has hit the number one slot on iTunes).  His debut album, I Sincerely Apologise For All The Trouble I’ve Caused, was tipped as one of the top ten albums of the year by Word Magazine and The Times.  His latest release, Charge, was dubbed his best album to date.  He also scooped a French Grammy award for song of the year in 2014.

David Ford also likes to do the unusual.  In 2015, he toured the UK with a show he named “The One-Man Full-Band Show” in which he played at entire stage full of instruments linked by a home-made array of loop machines and triggering devices.  His previous tour has seen him backed by a string quartet.

Incredibly, Ford has flown below the radar for many.  A fact he seems content with (or at least open to having fun with it); even penning a book entitled I Choose This – How To Nearly Make It In The Music Industry.

Where and when is David Ford playing in Manchester?

David Ford plays his second to last gig of this tour at the Deaf Institute, Manchester.  He performs there on 18th June before rounding up the tour a few days later in Leeds.