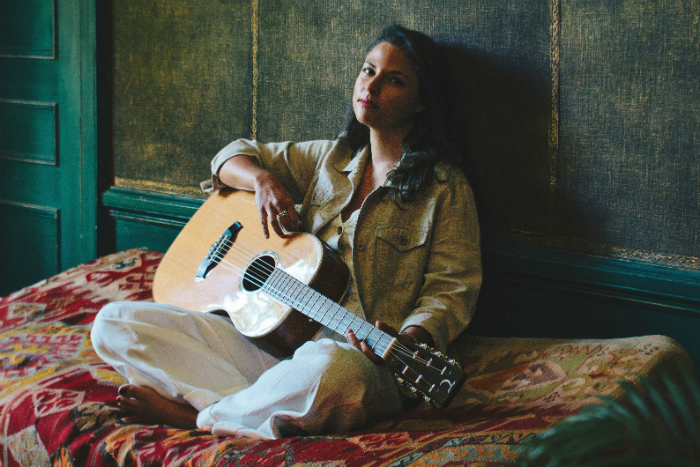 Fresh from the release of her new album The Melted Morning Danni Nicholls headlines at Manchester’s Gullivers.

The gig sees her performing as part of a trio with Lauren Housley supporting.

The Melted Morning was released on 12 April and follows her UK Album of the Year nominated Mockingbird Lane.  That album sparked a huge period of success for the singer/songwriter who was nominated as UK Artist of the Year for the 2018 Americana Music Association Awards and made the shortlist for Best Country/Folk Act for the 2018 Unsigned Music Awards.

She has also enjoyed considerable success performing live, supporting Shakin’ Stevens on his 28 date Echoes of our Time tour; as well as supporting Lucinda Williams and The Secret Sisters on their UK and Ireland tour.  She was also invited to perform a showcase at AmericanaFest in Nashville and a showcase at the Folk Alliance International conference also in Nashville.

Now Danni Nicholls has returned with the 11 track The Melted Morning, her third studio album following Mockingbird Lane and her 2013 debut A Little Redemption.

The Melted Morning has been produced by Jordan Brooke Hamlin and touches on a wide range of emotions from pain and darkness to rejection, the fear of losing yourself and the power of human connection with hope and new perspectives.

Speaking about the album, Danni Nicholls commented, “I needed a new challenge, a new landscape to work in sonically, physically and viscerally. Collaborating with Jordan and this incredible team of musicians gave me that opportunity and I have come away with a delicate, vibey, honest and vulnerable collection of songs that we dove deep into to find out who they wanted to become”

When does Danni Nicholls perform at Gullivers?