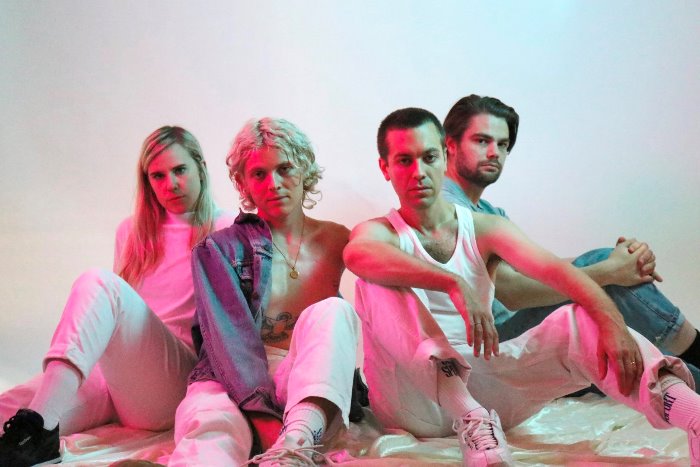 The gigs comes after the band released their latest single Video (featuring Mallrat) two months ago.  The hugely successful track was taken from the Brisbane band’s self-titled album which was released in January through the group’s own label, Cub Sport Records.

Speaking about the visuals accompanying the track, lead singer Tim Nelson commented, “The Video video is an ode to some of my favourite 2000s celebs who rose from an invasion of privacy and built entire empires out of it. I drew inspiration from these icons for both the concept and styling of the clip. For me, Video represents a moment of taking back my power and believing in myself. It’s about celebrating my growth and all the good things that have come along with that; allowing myself to exist outside of other people’s expectations or judgement. I wanted the video to amplify that feeling of empowerment and strength in owning who you are. It was a dream come true to make this video with one of my favourite artists and people ever, Mallrat (aka Grace Shaw). We worked with queer dream-team Kurt Johnson and Tim Hardy and created something truly unique and beautiful.”

The self-titled album marks the follow up to 2017’s sophomore release BATS, a deeply personal collection of songs chronicling Tim Nelson’s journey of coming out as gay and admitting his love for fellow band member Sam Netterfield.  The two are now married.

The run of UK and Ireland dates marks a return to the UK for Cub Sport who toured earlier this year, selling out a show at London’s O’Meara.  They have also recently wrapped up a US tour.

When do Cub Sport headline at Manchester’s Deaf Institute?

Cub Sport headline at the Deaf Institute Manchester on 15 October 2019.