Previewed: Circa Survive at Sound Control 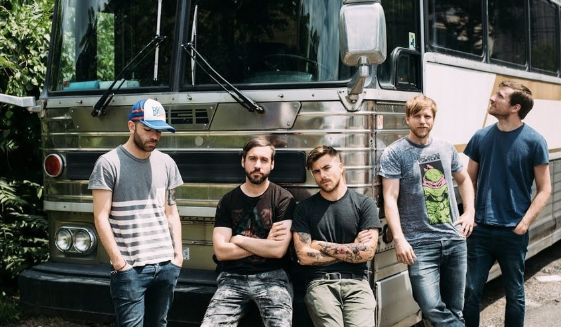 Hailed as a remarkably visceral live act since their foundation, Doylestown, PA’s Circa Survive are back in the UK with a co-headline tour with RX Bandits this May.  From Indian Lakes will support.

“It’s been far too long since we have visited our friends in the UK and Europe. That is finally about to change and I couldn’t be happier about it. This May, we head over there with our long time bothers in RX Bandits. Can’t wait to get sweaty over there with you all!” says vocalist Anthony Green.

Formed by former Saosin vocalist Anthony Green with guitarist Colin Frangicetto (the two of them being veterans of the local emo and hardcore scenes), Circa Survive began their career with a genre-bending debut in 2005 entitled Juturna, on which they were joined by second guitarist Brendan Ekstrom, bassist Nick Beard and drummer Steve Clifford.  Written and recorded before the band had ever performed a live show together, Juturna showcased the band’s raw energy with Act Appalled and future-fans were introduced to Circa Survive through glistening tracks The Great Golden Baby and In Fear and Faith.

Juturna lead to a series of major tours and Ward Tour dates as well as a 2007 Coachella festival, which lead on to the band’s acclaimed sophomore album, On Letting Go, which brought another realm of success.  The Difference Between Medicine and Poison is in the Dose and In The Morning and Amazing highlighted the band’s strength as musicians and songwriters and poised them to be one of the most respected bands in rock music.

Emerging after months of writing sessions and major life experiences, Circa Survive teamed with producer David Bottrill (Tool, Muse, King Crimson) and signed with major label Atlantic Records to release Blue Sky Noise in April 2010. The album debuted at #11 on the Billboard Top 200 as the band turned in a different direction, moving away from many of the hardcore elements which had brought them so far, in favour of a a more indie-rock approach.

Two years later – with no record label or traditional distribution outlet – the band released Violent Waves, which debuted at #15.  Their latest album Descensus, produced, engineered, and mixed by Will Yip of Studio 4, is the band’s first studio album since signing to Sumerian Records.

Circa Survive are joined by RX Bandits, who have announced the release of their latest album (their much anticipated seventh offering), Gemini, Her Majesty which has been produced by Jason Cupp.  The album comes after a six year gap following their 2009 critically acclaimed release Mandala, and also comes in the year of their 20th anniversary.

Support comes from From Indian Lakes.

In Review: EofE and Glamour of the Kill at Sound Control
In Review: Of Mice And Men at Manchester Academy
In Review: Marmozets and Lonely The Brave at The Deaf Institute