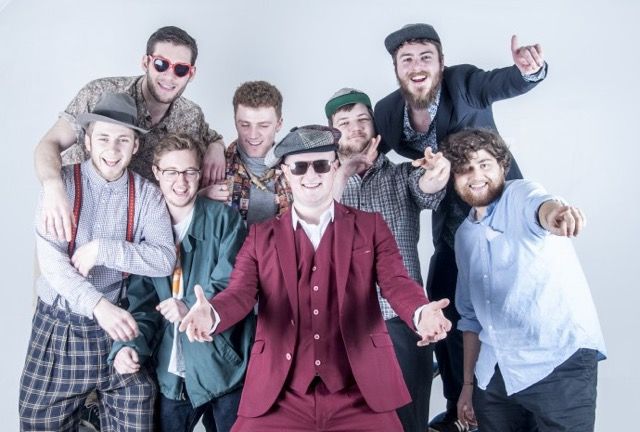 Chainska Brassika are heading out on the road bringing their trademark good time vibes to Manchester’s Deaf Institute.  The London based 8-piece band have been rocking crowds from Glastonbury to Notting Hill Carnival and Rototom Sunplash to Outlook.

The band have found themselves at the forefront of the new UK Ska movement.  Regularly found opening for Madness, their high-energy shows have taken the band to some of the Ska and Reggae world’s biggest stages.  They have graced festivals and stages across the UK, Europe and embarked on a full blown tour of Jamaica.

Their latest album ‘Harry J Business’ was recorded at Harry J Studios in Kingston with double Grammy award winning producer Stephen Stewart. The album featured a rare guest performance from reggae legend Toots Hibbert of Toots & The Maytals, and has gained major airplay across BBC Radio 2, BBC Radio 6 Music & BBC Radio 1xtra. The album gained a 6-page review in the world’s biggest Reggae magazine ‘Festiville’ and got them invited to showcase at SXSW Festival in Texas.

Their upcoming tour sees the band playing eight UK dates, culminating with a home coming show at Islington’s The Garage.

When do Chainska Brassika headline at The Deaf Institute?