Previewed: Boy and Bear at The Deaf Institute 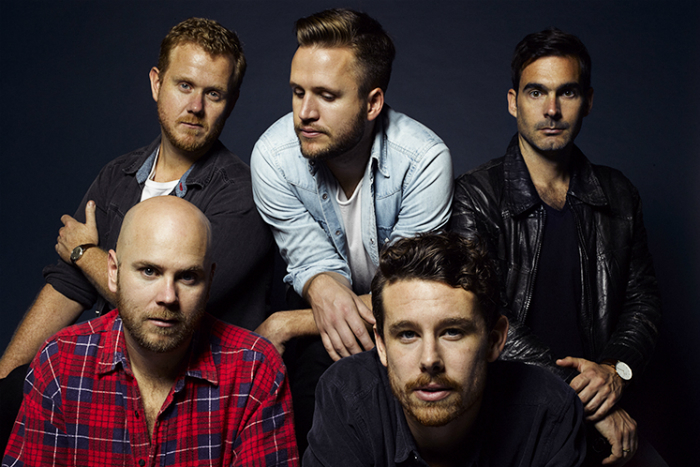 Following a massive touring schedule in 2014 – 170 shows across three continents in support of their platinum-selling album Harlequin Dream – Boy & Bear decided to take the momentum they had gathered on the road directly into the studio, and teamed up with renowned producer Ethan Johns (Ryan Adams, Kings of Leon, Kaiser Chiefs) with the intention of cutting a record the old fashion way – live in the studio, straight to tape, with virtually no overdubs.

“I was shitting myself,” laughs frontman Dave Hosking, who took on the almost-unheard-of challenge of recording his vocals live with the band. “But it’s funny you know, what made it less intimidating was having someone like Ethan there, who is such an advocate for it. He put it on the table at our first meeting, that he’d be very keen to at least try going for it as a first approach. When we left the meeting we felt pretty good about it. We were up for the challenge.”

An intensive writing period followed, focusing on a series of sessions on New South Wales’ gorgeous South Coast which saw the band lock themselves away in a rented house with nothing more than wine, good food and their music. Given the demands of the previous year’s touring, Hosking – usually the band’s main songwriter – hadn’t had time to craft a fully-fledged set of songs, so for the first time Boy & Bear composed as a collective on a number of tunes, building them from the ground up as a band.

The result is a fresh new sound filtering through new album Limit of Love which was released on 30 October alongside lead single Walk The Wire.  Fuelled by a gritty guitar and synth groove, and buoyed by the honest, organic production style employed by Johns, Walk The Wire is a bold new statement of intent.

Boy and Bear play at The Deaf Institute on 8 November 2015.

In Review: The Orielles at The Castle
In Review: Jaws at Manchester Academy
In Interview: Eliza and the Bear