Previewed: Billy Bibby and the Wry Smiles at Night and Day 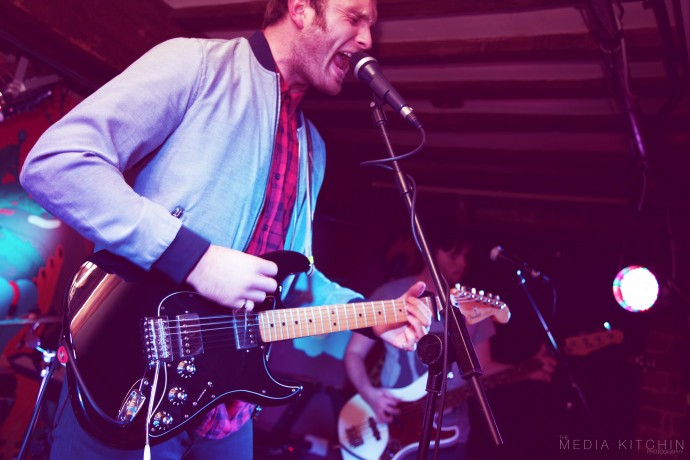 Bibby entered the British music scene in 2007, at the age of 17.  From humble beginnings, Catfish and the Bottlemen relentlessly gigged their way across the UK and abroad, building a loyal fan base, selling out increasingly larger venues, and ultimately securing a recording deal in 2014 that would lead to the release of a top 10 debut album certified gold in the UK.

Embarking upon a new musical journey in the summer of 2014, Bibby set out to write new songs, trial them acoustically in front of live audiences, and form a band. On November 3, 2015, Billy Bibby and the band released a debut single, ‘Waitin’ for You’, greeted with ample praise and repeat radio play in the UK (BBC Wales, Radio X, Sine FM) and abroad (UIC Radio Chicago, Radio Kaos Caribou International).

Bibby and the band then ushered out 2015 by playing three very well-received UK shows at Telford’s Warehouse in Chester, The Drawing Room in Barrow-in-Furness, and Milo Bar in Leeds.

Speaking openly, with his characteristic frankness, Billy Bibby elaborates, “The three gigs before Christmas were the perfect way to end the year. The year was all about getting to that point and finally looking over my shoulder and seeing a band behind me playing songs I’ve written, and be like ‘Fuck me, these guys are good!’ Playing Chester, Leeds, and Barrow made me feel that, and I wasn’t sure if I’d get that feeling ever again with a band. Well I did… I just didn’t know when that’d happen. It’s here. It happened. The EP is gunna blow your mind and I’m more excited for this tour than any other I’ve ever done before.“