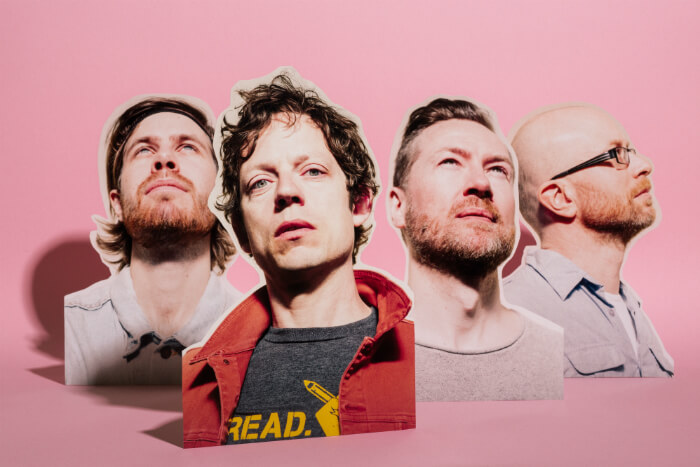 The band are touring following the recent release of their album Humanoid.  Humanoid marks Grammy award-nominated Norwegian singer, songwriter, instrumentalist and producer Jarle Bernhoft’s fourth full length release. It is the first in his new incarnation Bernhoft & the Fashion Bruises.

Jarle Bernhoft took to the producer’s desk as well as the recording booth when putting Humanoid together.  The album marks his attend to reconnect with humanity in a world where technology is overused.  Speaking about the concept, he explains, “so much current music is computerised and machine-like. I felt like I should go the other way and create human music again. It’s imperative to keep in touch with organic life, so I dove into those soundscapes. I rediscovered that touch. I’m trying to smash people out of Facebook and back into real life.”

“It says something about the man-and-machine relationship,” he admits. “I’m not sure whether to be optimistic about it or not. You’ll see people at dinner or in a café staring at their screens and not acknowledging each other. I’m thinking of how we interact, talk to each other, and whether or not we’re enhancing our lives or amputating them with these interfaces we use. I’m trying to find people, but I can’t see them behind their screens.”

When do Bernhoft & the Fashion Bruises headline at Manchester Academy?

image of Bernhoft and the Fashion Bruises courtesy Kaja Bruskeland