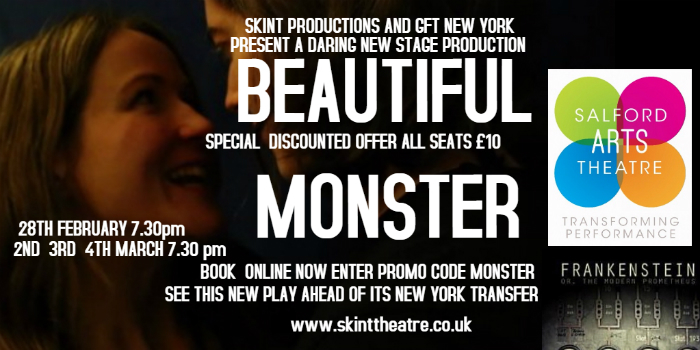 Set on the eve of Mary Shelley’s death, Beautiful Monster tells of the final hours of the life of the iconic author of Frankenstein.  She is in the grip of madness with visitations from the dead, husband Percy Shelley, their lover, Lord Byron poet John Keats and arch literary rival John William Polidori, author of the first know vampire fiction.  Throughout this she recalls her epic confrontations with Percy’s mother, the formidable Elizabeth Pilfold Shelley and her warm affection for step sister Claire Clairmont. Most heartbreaking of all, she sees herself as the young girl who penned the world’s most read gothic horror novel and, in a truly scary twist, the monster she created.

The cast is set to feature three three previous leads for Skint Productions.  Wendy Laurence James returns to the company, having appeared in all of Parris’ work since 1999, to perform the role of Mary Shelley; Lisa Ademiec plays Bertha Bates, the Shelley’s new housekeeper who holds a heart breaking secret; and Amy Forrest play the young Mary Shelley, revealing surprises as to just what is known about her early life. 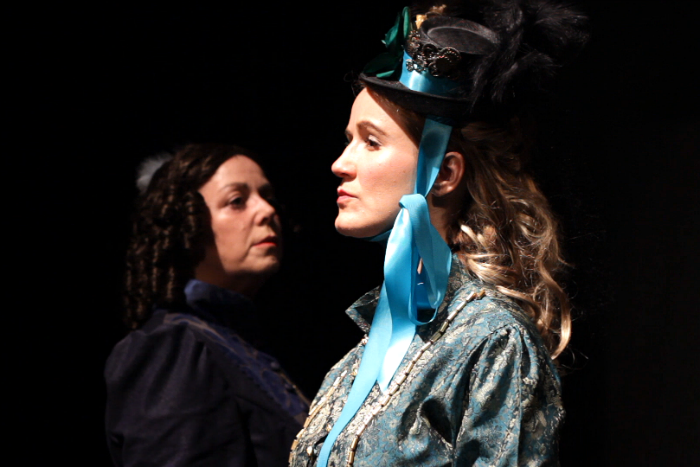 Corin Silva takes on the roles of Lord Byron and the monster, promising his monster “will be unlike anything seen before, full of menace as expected but equally human, fragile, a creature craving love and affection.”

Beautiful Monster is also set to be turned into a film in summer 2017 as Karl Parris’ work will be crafted as a whole new visual experience with Mary Shelley’s madness driving the narrative.  Filming is set to take place in Staffordshire.

Beautiful Monster is performed at Salford Arts Theatre 28 February and 2, 3 and 4 March 2017.  The production will also run in New York in September.