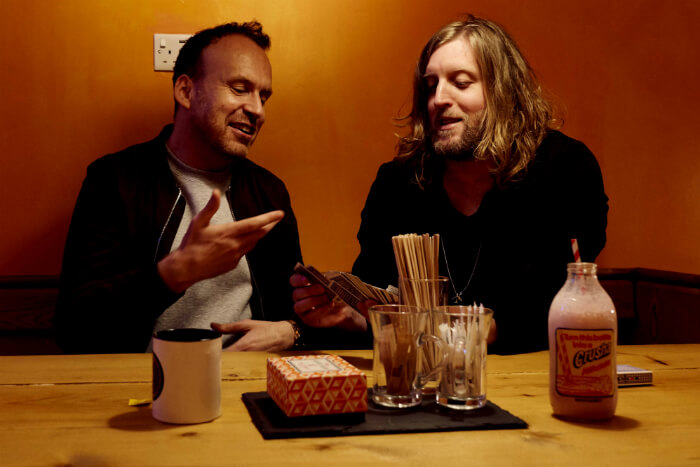 After releasing new album Reasons To Stay Alive, a collaboration with best selling author Matt Haig, Andy Burrows heads out on tour.  The eight show run of dates including a Manchester gig at the Deaf Institute.

Reasons To Stay Alive is due for release on 1 February 2019.  The album came about after Andy Burrows and Matt Haig met on Twitter and spent the past year passing ideas back and forth.  They have created a collection of songs inspired by Haig’s books, including Reasons to Stay Alive and How to Stop Time, with words by Haig and music by Burrows.

The first single to be released from the album was Barcelona.

The album burst into life over an intense first fortnight, with Andy in Los Angeles and Matt at home in Hove. Each afternoon, piano parts with the kind of melodies Haig had never envisaged would arrive in his inbox. “As soon as I heard what Andy was doing, I couldn’t have imagined it any other way,” says Haig. “He had somehow unlocked the melody inside the words. It was so instantaneous, to have that back and forth. When you write books it’s not the same, that’s more like the musician-producer relationship. I’ve hated collaborations before!”

“The reason his words rang so true with me,” adds Burrows, “is that the darkness of life is so important to filter, and take on board, and put back out – but these songs all have a trim of colour and an optimistic flare.”

At the Manchester gig, Andy Burrows will perform songs from Reasons To Stay Alive as well as his own solo material.

When does Andy Burrows headline at Manchester’s Deaf Institute?

Andy Burrows headlines at the Deaf Institute, Manchester, on 14 February 2019.