Previewed: An Evening of Filth and Despair at Re:play 2015 Festival 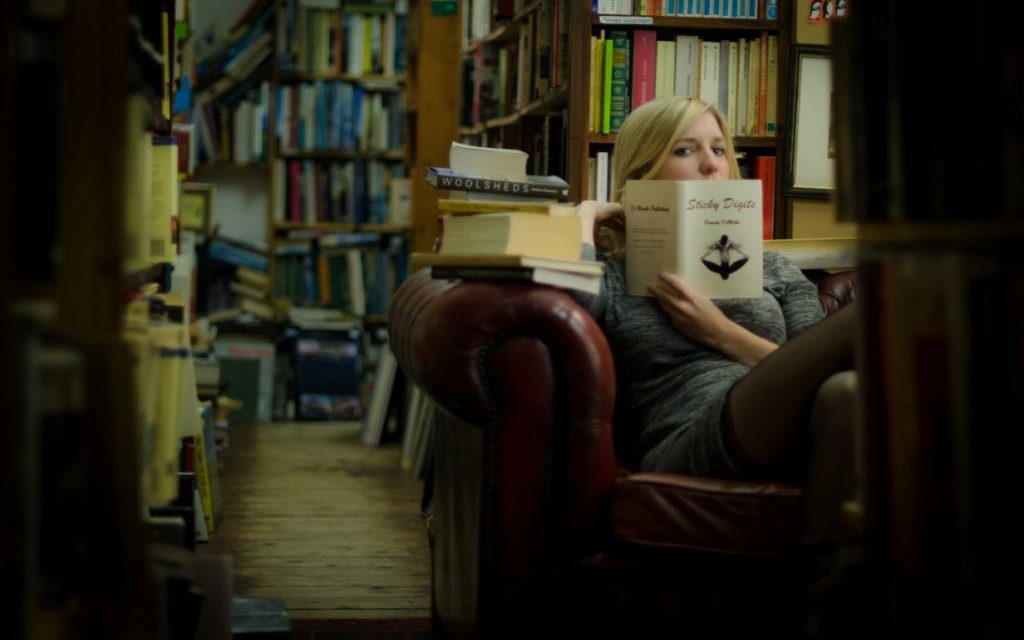 It’s not often you get invited to an evening of filth and despair (well, not often enough anyway), but that’s what Erotica author Pamela DeMenthe has invited you to share in this new one-woman comedy show written and performed by Jenny May Morgan.

It the best traditions of British comedy, Jenny May Morgan dons the character of Erotica author Pamela DeMenthe, as she shares the secrets of her literary success and reads extracts from her latest novel Sticky Digits.  In a reading which could reveal more about Pamela DeMenthe than she intends, this dark comedy moves between spoof and fantasy, telling an unpredictable tale of love, loss … and ravens.  Her latest ‘masterpiece’ follows such previous works as Strangers on the Metrolink and Asphyxiation (it’s not for everyone).

A one-woman comedy show, An Evening of Filth and Despair is a sharp and intelligent humorous piece, featuring strong language and themes of a sexual nature.

Actor, storyteller and writer Jenny May Morgan has been performing her own character comedy sketches for several years, taking influence from such writers as Julia Davis, Chris Morris and Steve Coogan.  She has also worked in television, film and audio, alongside theatre work with the likes of Red Bobble Theatre, Heartbreak Productions, The Bike Shed Theatre and Trickster Theatre.  She commented on the show, “I’ve been regularly performing Pamela DeMenthe in front of audiences at comedy and cabaret nights for the past 18 months. Having that direct audience feedback has been hugely important in the development of this piece, and through performance, the show has really written itself.”

Directing the show is actor and presenter Lindsey Chapman, alongside whom she has also previously written comedy sketches, who is quick to complement Morgan, “As a writer and performer, Jenny brings a wealth of creativity into the rehearsal room. Working with her to develop the world of Pamela DeMenthe has been and continues to be intriguing, unexpected and hilarious.”

You can listen to the audio trailer for the show below – it shouldn’t be missed!