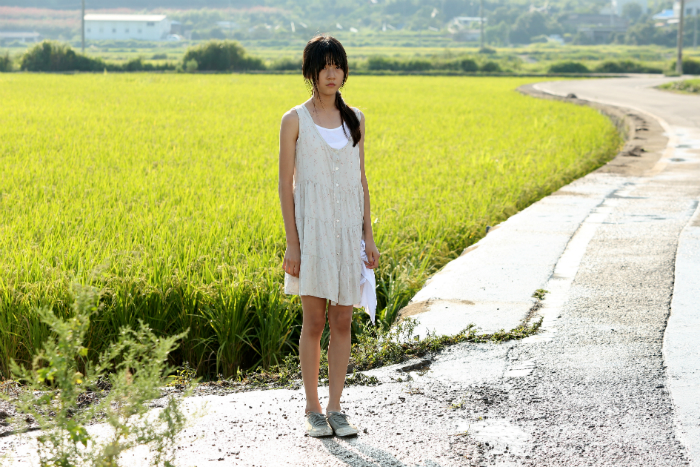 Presented in association with the Sexuality Summer School at the University of Manchester and Manchester Pride, Home is due to host POUTfest 2015.  Peccadillo Pictures’ POUTfest showcases a selection of LGBTQ films and accompanying Q&A sessions and talks.

We take a look at the films which will be featured: 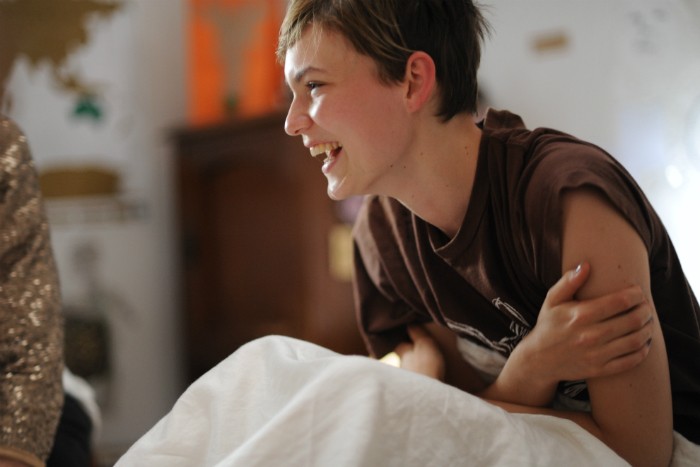 Filmed one day, every week, for a year.

Billie’s journey to independence is accelerated when her mother reveals plans to gender transition, limiting their time together to Tuesday afternoons. Whatever happens to her mother, Billie will always be his daughter.

Winning Best Director at Sundance and the Crystal Bear at Berlin International Film Festival and shot in real time, every Tuesday for one year exposing both characters’ transformations – 52 Tuesdays is a ground breaking and remarkable achievement in storytelling.

52 Tuesdays shows at Home on 4 August at 6.10pm.  Following the screening, director Sophie Hyde will appear for a Q&A chaired by Clara Bradbury-Rance, PhD student in queer cinema at the University of Manchester. 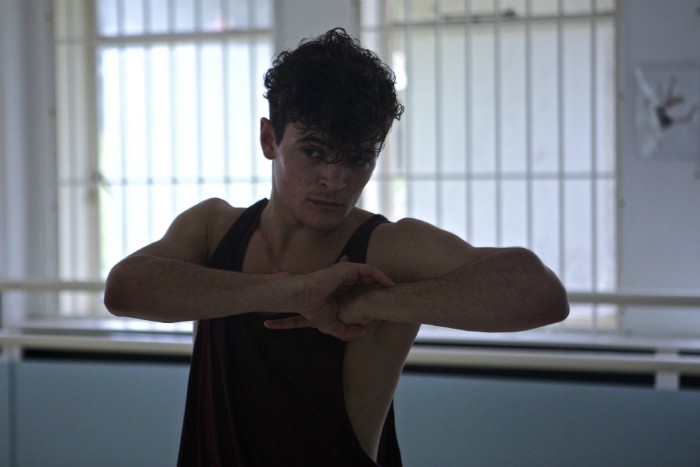 Twenty-two year old David has it all – he’s young, hot, and he’s just got into the prestigious dance school of his dreams. But he has a secret: for two years he’s been sleeping with his sister’s husband, Jules. After an argument between the two lovers, David throws himself into a one-night stand with Sam, a casual encounter which fast becomes something much stronger.

Unable to express his feelings to anyone, Jules is slowly driven mad by his secret desire for David, and jealous of his newfound, public relationship. When David’s sister, Jane, insists he brings his new boyfriend over for dinner, Jules snaps, revealing in turn a secret which none of them can ignore.

Soft Lad is the directorial debut from Leon Lopez, an examination of lust, jealousy and their consequences in contemporary Liverpool.

Soft Lad shows at Home on 12 August 2015 at 6.20pm.  Following the screening, director Leon Lopez will join for a Q&A chaired by David Alderson, Senior Lecturer in English Literature at the University of Manchester.

A GIRL AT MY DOOR 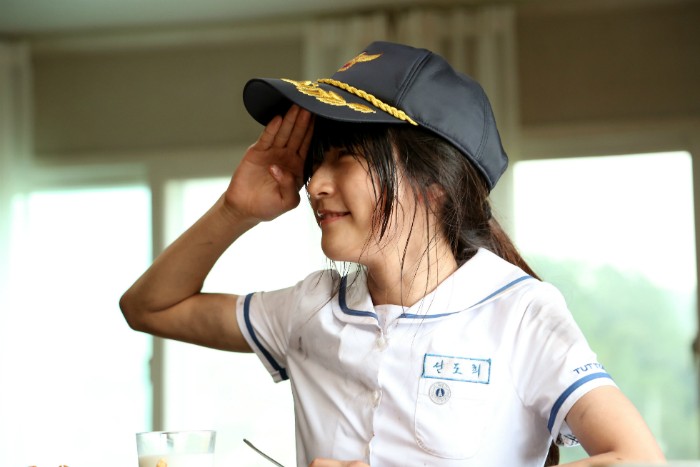 A Girl At My Door – Sae Ron Kim as Dohee

Young-nam was a top graduate of the Korean police academy, but due to misconduct is transferred to a post at a small seaside village. On her first patrol she encounters the mysterious Dohee; a young girl excluded by her local community.

As Young-nam adapts to her new life, she witnesses Dohee’s situation and is compelled to protect the girl from her family by letting her move in. All is well with this unconventional arrangement until Dohee’s drunken father decides he wants her back.

Having premiered in Un Certain Regard Cannes Film Festival, A Girl At My Door is a fresh and rare gem, directed and written by July Jung (one of the few female filmmakers to have emerged from South Korea) and produced by Lee Changdong who directed created masterpieces Poetry and Secret Sunshine.

DRESSED AS A GIRL 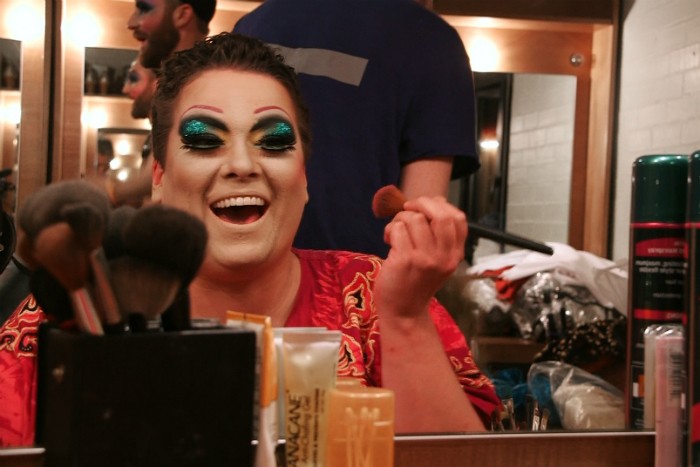 Dressed as a girl

The London East End drag performance phenomenon gets its moment in this fabulous behind-the-scenes account of six years in the lives of some of its most celebrated performers. See Jonny Woo, John Sizzle, Holestar, Scottee, Amber, Pia and Ma Butcher dazzle and surprise with their on-stage antics. There is enough eye make-up and sequins on display to sink a battleship, but at the heart of this surprisingly intimate portrait is the dark side of their lives. The relentless quest for glamorous originality often comes at a personal cost.

These London superstars fearlessly open up about their various encounters with sex, drink, drugs, emotional and mental struggles, plastic surgery and HIV. The film is both a record of a fascinating style of hyper-costumed performance and an insight into the fragile personal lives of these heroic public idols.

Dressed As A Girl shows at Home on Thursday 27 August 2015 at 6.10pm.  The film will be introduced by Dr Monica Pearl, Lecturer in 20 Century American Literature at the University of Manchester. 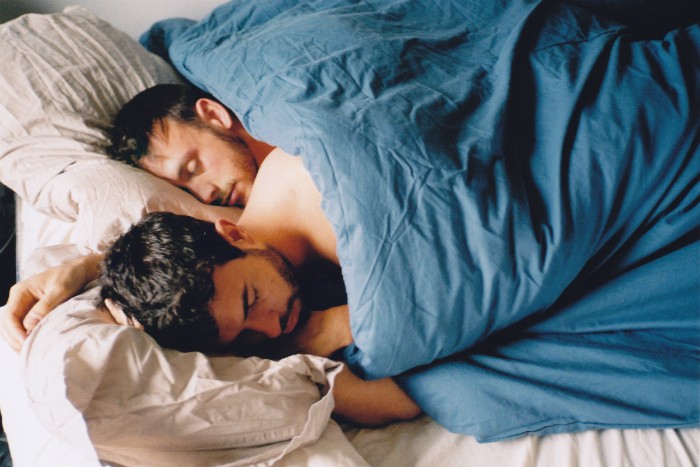 Andrew Haigh presents a sensitive and realistic portrayal of a drunken one-night stand that comes to mean much more.  Russell and Glen are caught up in their ordinary, everyday lives and are suddenly confronting the possibility of an enthralling and romantic love that is as unexpected as it is thrilling.

Weekend shows at Home on 31 August 2015 at 6.00pm.  The screening will be introduced by Dr Monica Pearl, Lecturer in 20 Century American Literature at the University of Manchester.