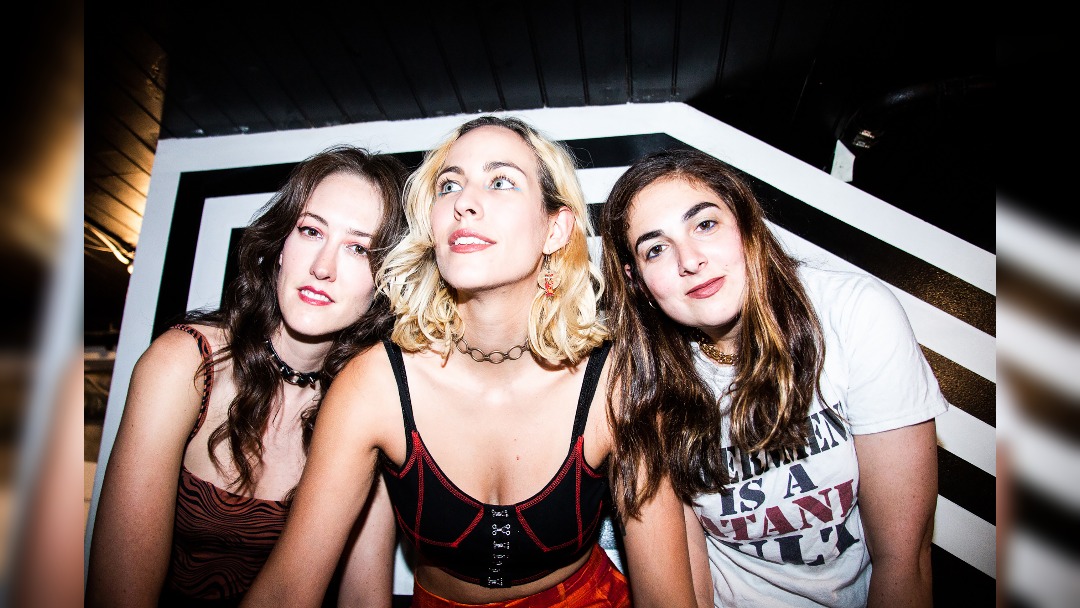 Brooklyn pop-punk trio Thick have announced their release of their new album Happy Now for 19 August 2022.  The band have also shared the lead single Loser accompanied by a visual directed and produced by Jeanette D. Moses.

Speaking about Loser, Thick said, “Especially in music, it’s so easy to feel like a loser and a fuck-up. We want people to know that it’s okay to mess up and that everyone’s a loser sometimes. It’s really the best way to live, instead of trying to be number-one all the time.

“This song is an anthem for everyone who feels outshined and overlooked by the people around them. Ultimately, it’s about using that chip on your shoulder to do better and realizing that you’re never going to be a winner if you keep using other people as your measuring stick.”

Happy Now will be the band’s second album and promises to find vocalist/guitarist Nikki Sist, vocalist/bassist Kate Black and vocalist/drummer Shari Page in confessional mood.  The album is set to explore everything from self-sabotage and insecurity to victim-blaming and destructive relationships across its 11 tracks.

“Most of our songs lean toward optimism, even when there’s a lot of pain in them,” says Sisti, who refers to Thick’s output as a ‘living diary.’ “It’s not about toxic positivity or trying to force yourself into happiness; it’s about recognizing that it’s okay to feel a whole spectrum of emotions, and then getting to the other side and really growing from your experiences.”

Thick take a highly collaborative approach to their songwriting without ever sacrificing the intimacy of their lyrics. In the writing of the heavy-hearted ‘Disappear,’ for instance, Sisti lifted directly from her journal in telling the story of “loving someone who gets lost in their own head, and how painful that can be.” Meanwhile, on ‘Her Chapstick,’ Page opens up about a struggle in her own relationship. “It has to do with the experience of a partner seeking external affection,” she says. “It’s about navigating the feelings of why a partner is sharing themselves with someone else when you are right there.”