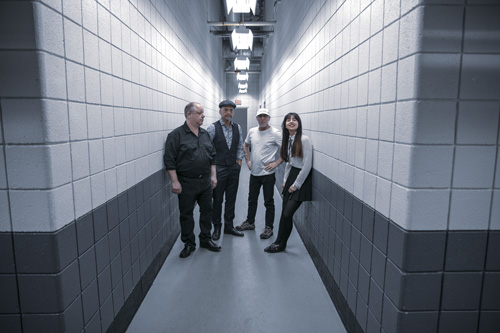 Pixies have announced their first European tour in two years, including a Manchester gig at the O2 Apollo in September.

The tour will coincide with a new studio album set to hit the shelves later this year.

The 2019-2020 World Tour will open in Cardiff with 11 dates scheduled around the UK and Ireland.

To keep things fresh, the band are set to perform a different set each night, choosing the set list moments before going on stage from a repertoire of 90 songs.  The songs will come from all stages of their career as well as songs from the new album.  From a live onstage mic that feeds only to the band members, sound engineer and lighting director, Black Francis calls out what the next song will be. Explained David Lovering on the nightly customization of the sets, “The best is when you can sense what the next song should be based on the atmosphere in the room. That’s really, ultimately what we’re going for, to read the room and to be able to make the right choice.”

Pixies are also determined to thwart ticket touts, and are putting measures in place to restrict the ability to transfer the tickets at profit.  Ticket purchases will be limited to four tickets, and the buyer’s name will be attached to those tickets. Pixies want to caution their fans that if a ticket is being sold for more than its face value, or if a ticket is found to be on sale anywhere other than www.pixiesmusic.com or links designated on the band’s website, it will be invalid, at risk of being canceled, and will be resold to a fan at the correct price. For those fans who purchase tickets and are then unable to attend, they can resell their tickets at face value only via Twickets, the fan-to-fan secure ticket trading platform. Fans are asked to be sure and read the Terms and Conditions posted at the point of sale before making their purchase.

When do Pixies headline at Manchester’s O2 Apollo?

When do tickets for Pixies’ UK tour go on sale?