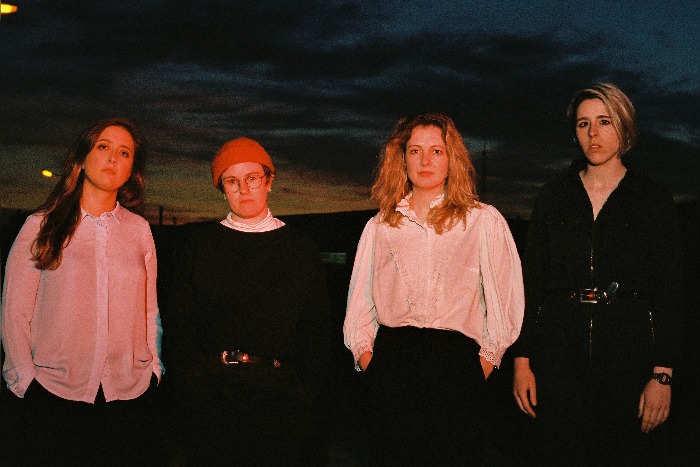 Pillow Queens have announced a run of UK and Ireland tour dates including a Manchester gig at YES in April.

The announcement comes as the band build up to the release of debut album In Waiting and share the video for the album track Liffey.

To celebrate announcing their first live shows of 2021, Pillow Queens have teamed with Dublin visual artist David Balfe to create a unique accompaniment for the album’s track Liffey.

The band reached out to their fans, friends and family and asked them to submit photos of themselves. Balfe then incorporated these hundreds of self-portraits to create his stunning visuals. Talking about the project he explained, “The whole thing for me is this video being an effort to maximise direct engagement with fans (which I think is a beautiful thing to do and also really beneficial) and it just seemingly being impossible to make films at the moment if you’re adhering to the guidelines in place. I think this kind of video is one of the few alternatives in place to make film pieces fully socially distanced while also engaging with the human form and not just fully falling into the realms of animation.

“At its heart, this video is a re-imagining of the story of Medusa, building from its mythology and offering an alternative and contemporary take on it. Tying together the real and surreal into an immersive and psychedelic look at modern isolation in uncertain times.”

When do Pillow Queens headline at YES Manchester?

Pillow Queens headline at YES Manchester on 26 April 2021.  The Manchester gig is one of 14 UK and Ireland dates the band have confirmed: