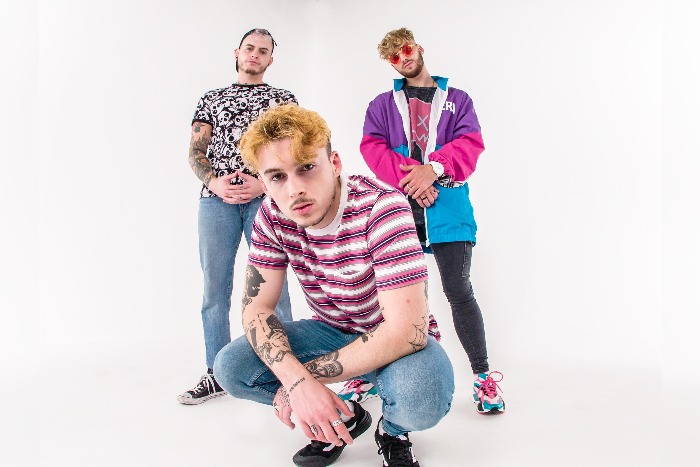 The Hara are back with new EP Play Dead, the follow up to We Are The Movement which was released earlier this year.

Play Dead has a lot to live up to.  Their 2019 offering Unconscious Minds Innocently Blind EP hit the number one spot in the pre-sale charts keeping Lewis Capaldi off top spot for 3 days. Their Tramp Brain EP followed shortly after, peaking at number 3 in the iTunes Rock Chart.  And We Are The Movement against stormed to the number one spot in the Rock Charts and number 2 in the All Genre Charts.

The five track Play Dead was written to be played live.  “This whole EP was written for the festival stages” declared the band.  “Massive stage intro song, mosh pit inspiring riffs, anthemic chorus melodies & just moments we could completely lose our sh*t and win over new crowds with our musicianship and stage presence.”

But tours and festival stages weren’t to be.  A summer that would have seen The Hara playing to more than 250,000 fans across festival slots at Download and Reading and Leeds as well as their own 22-date tour instead became lockdown.

However, blast out Play Dead and you can easily imagine you’ve made front and centre, surrounded by thousands, listening to to festival and stadium anthems.

From the outstanding opening track Until It Happens through to closer Animals, Play Dead is a triumph of genre crossing rock.  It drives the listener to lose themselves in the atmospheric sounds, the clever and intricate guitars, which are so often underplayed to wonderful effect, the frequent soaring vocals and the interjected rapid, driven, heavier tones as it pulls in influences from across rock to indie to alternative.

The EP is predominently upbeat, although Circus, which features some tremendous dirty riffs, does take the occasional moment to pause for breath, before Off The Edge draws on an almost military drill feel fused with aggression to wonderful effect.

As the EP draws to a rapid, heavy, intense close with Animals (featuring a beautifully unexpected undertone of jazz), it’s clearly been another winner for The Hara.  It’s easy to see why they’ve been enjoying such success and to imagine why they would have been a huge draw on this year’s festival scene.  Oh, bring on next year and hopefully some normality and a resurgent festival season.