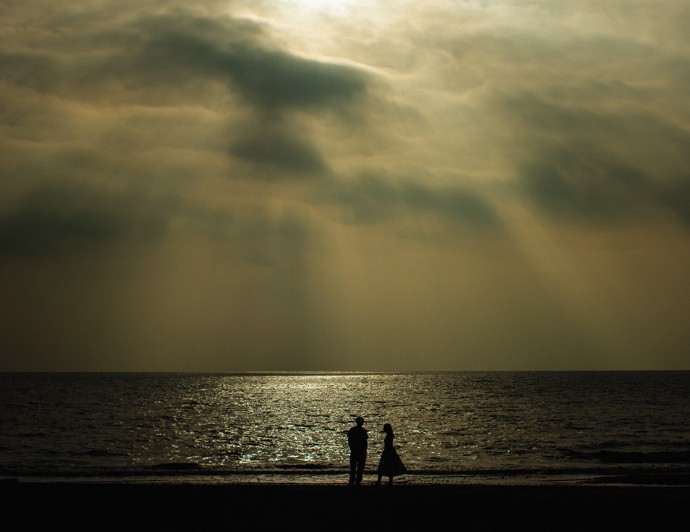 Polly Scattergood and James Chapman (aka onDeadWaves) are to support M83 at their Manchester Ritz date.

onDeadWaves released their debut album last month, and recently exhibited photographs relating to their collaboration, mirroring the images and music on their Instagram account in the lead up to the album release.

The relationship between art and music is something the band have been keen to explore, explaining “The idea behind the exhibition is to entwine art and music, as when we wrote the album, imagery was a key part of our writing process.”

The seeds of James Chapman and Polly Scattergood’s creative partnership were sown in 2011, at Mute’s legendary Short Circuit festival at London’s Roundhouse. The night saw different collaborations with Mute artists and Polly and James paired up to perform each other’s songs.

Though each had primarily worked alone before, there was something natural about the chemistry between them. “The gig was one of the most enjoyable I’ve done ” says Polly. “And as soon as we finished, we said it’d be cool to do something else.”

The pair reconvened at James’ studio in the countryside and, starved of social contact, found the landscape provided inspiration, with launch track Blackbird, Lauren Laverne’s MPFree pick on announcement,  inspired by a frequent, feathered visitor.