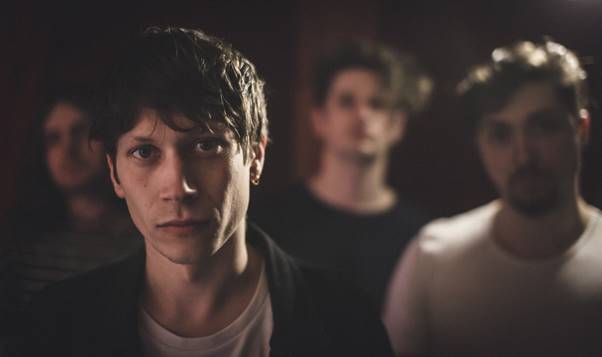 October Drift have revealed a new music video to match their forthcoming debut EP’s lead track Losing My Touch ahead of two Manchester tour dates (18 March at St Philips Church and 26 March at the Deaf Institute).

“Tragic, misguided, but utterly charming,” Guitarist Dan Young explains the video’s dark sense of humor’s rooted in the provinces. “It’s about not being able to give up the dream of being in a successful band. Where you’re still trying to make it in your 60’s, but always staying at the same level. I guess that’s probably admirable, yet a little bit mad at the same time. To have that much commitment and belief in what you do, and to stick at it for that long with no success, yet with the delusion that it’s still going to happen for you.”

Having spent 2015 selling out venues up and down the UK off the back of their acclaimed first singles, ‘Whoever’, ‘You Are, You Are’ and ‘Robots’, which gained support from the likes of BBC 6Music’s Steve Lamacq, Radio X’s John Kennedy, Q Magazine, Clash and more, the Stranger Days EP comes inspired by the duality of life on the road, before returning home to part-time jobs in bars, bowling alleys and super markets in a town with no music scene.

Tracks like ‘Still Here’ battle the difference between imaginary worlds and what’s real, as swirling soundscapes send the band soaring to their epic best over Chris Holmes’ unshakable drumming. ‘Champagne’ brings past romances back to life as old ground is re-tread, with meditative EP closer ‘I Left My Heart In Amiens’ bestowing a modern day ‘Blowing In The Wind’ upon a paranoid and direction-less generation.

After writing together informally for over six years, Stranger Days sees October Drift as one of the most focussed and sonically ambitious bands on the UK independent circuit. Based in Somerset and Devon, the band’s studio has quickly become the heart of the group when not on the road – whilst recording early demo’s it even became their home for a month, as they couldn’t afford the petrol to keep travelling between the studio and their homes across their remote countryside locale.