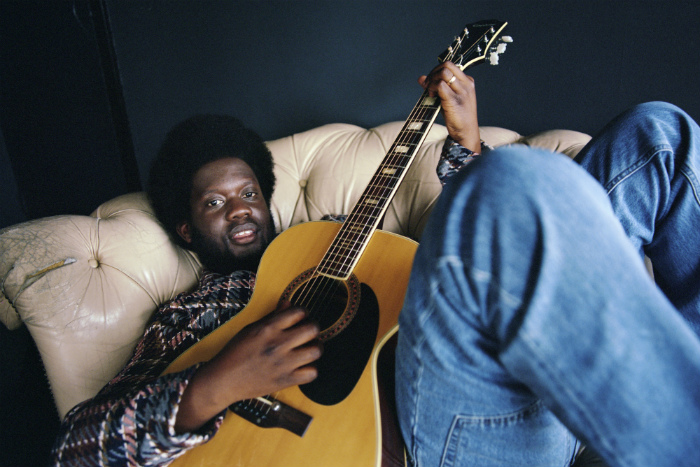 Michael Kiwanuka has confirmed that his third album Kiwanuka will be released in October followed by a UK tour in March 2020.  The tour includes a Manchester gig at the O2 Apollo.

Kiwanuka will be released on 25 October 2019 through Polydor Records.  The album marks the follow up to his number one album Love & Hate (2016).  Love & Hate netted Michael Kiwanuka his second Mercury Prize nomination and his second and third BRIT nominations.

Kiwanuka was recorded in New York, LA and London and reunited the production team from Love & Hate, Danger Mouse and Inflo.  The album finds Michael Kiwanuka performing from the heart, as he explains, “The last album came from an introspective place and felt like therapy, I guess. This one is more about feeling comfortable in who I am and asking what I want to say. Like, how could I be bold and challenge myself and the listener? It is about self-acceptance in a more triumphant rather than melancholy way.  It’s an album that explores what it means to be a human being today.”

“When I first signed a record deal, people would ask me, ‘So what are you going to be called?’. And I never thought of that; calling myself Johnny Thunders or whatever, like singers from the past. So, on this album it’s kind of a defiant thing; I’m engaging with who I am and I’m not going to have an alter ego, or become Sasha Fierce or Ziggy Stardust, even though everyone’s telling me I need to be this, that or the other. I can just be Michael Kiwanuka.”

When does Michael Kiwanuka headline at Manchester’s O2 Apollo?

When do tickets for Michael Kiwanuka’s UK tour go on sale?