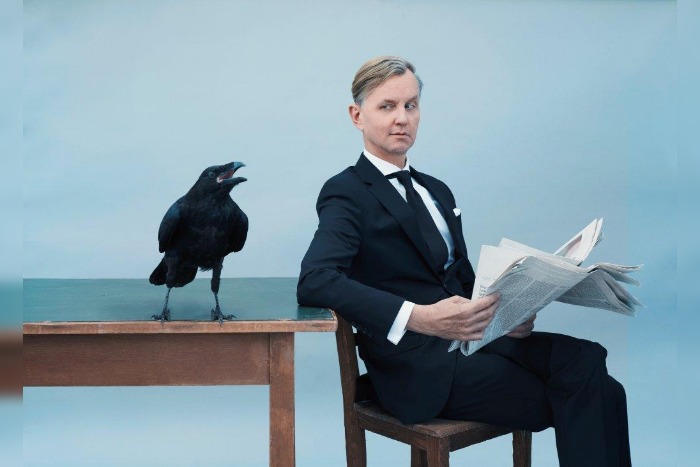 The internationally acclaimed singer and musicians promise to take audiences back in time on a musical journey of romance and sophistication, revisiting the ‘Roaring Twenties’ a century on from what was an exciting new era for music, dance, style, and fashion.

They will play four UK dates as part of their wider international tour.  The UK run will conclude with a Manchester show at the Bridgewater Hall.

Formed in the 1980s, the then group of college friends have since grown into a hugely successful 13-piece ensemble – becoming one of Germany’s biggest selling acts, winning praise, rave reviews, and a legion of fans across the globe.

Max Raabe & Palast Orchester are well-respected in Germany, having dominated the music charts for many years while staying true to their unique style and genre.  Dashing, dapper and debonair, Max believes the timeless melodies and songs of the 1920s and 1930s have an inherent magic. He combines nostalgic flair with pop-star appeal, along with a good dose of self-irony and dry comedy.  He explains, “This style of music is popular across the world. You understand the message regardless of language – you feel the music, it’s powerful. As a child, I completely fell in love with this music. My aim is to entertain the audience during the concert and transport them out of reality. Music was written to take the audience away from their everyday problems. And it still works today.”

Pianist and accordionist, Sussex-born Ian Wekwerth is a founder member of the Palast Orchester. Born in Cuckfield, Ian has fond memories of visiting the seaside at Eastbourne, Brighton, Newhaven and Hastings as a child – and especially London to see his grandparents who lived in Golders Green and were jazz music enthusiasts. An early sign of where his love for music may have come from.

Ian commented: “My grandfather was a huge jazz fan and used to play records on his huge 1950s record player. The sound was tremendous! That’s where I heard Louis Armstrong, Ella Fitzgerald, Benny Goodman and pianists Oscar Peterson, Erroll Garner, Earl Hines, and Fats Waller for the very first time. The music fascinated me as a child, I sensed vibes that I didn’t have with classical music.

“As a teenager I taught myself improvisation from a book I discovered in a shop just off Oxford Street – strange the things that stick in your memory. That’s what kept me interested in playing piano, and is what I draw from to this day. And I still always make a point of visiting Golders Green when in London.”

The show will feature diverse range of music and songs including the hilarious Rosa, Reizende Rosa (Rosa, Ravishing Rosa); romantic tune Tonight Or Never; the classic Kurt Weill’s Mack The Knife; alongside standards including I Won’t Dance, Night And Day, and Sweet Sue.