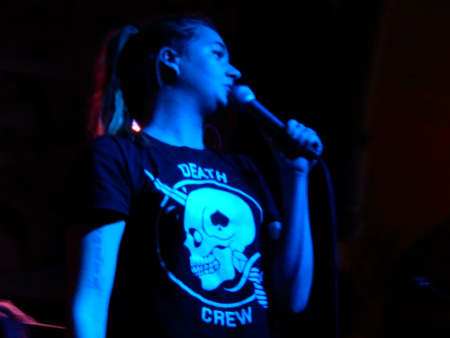 Biggest headline tour to date to stop at Manchester Academy

Fresh from their US tour and outstanding joint headline gig with Lonely the Brave at Manchester’s The Deaf Institute, Marmozets have announced that they are set to go on their largest headline tour to date.  The run of dates will see the band perform at Manchester Academy on 23rd February.

It’s been a phenomenal year for the group who have toured incessantly with a series of sold out shows, appeared at Glastonbury, Reading and Leeds Festivals, Download and Radio 1 Rocks … and not to mention released their critically acclaimed debut album The Weird and Wonderful Marmozets.

Steak Number Eight and Thought Forms will be joining Marmozets as special guests on all dates.

Tickets for Marmozets performing at Manchester Academy on 23rd February 2014 go on sale at 9am on Friday 12th December priced at £10 plus booking fee.

In Review: Turbowolf at The Deaf Institute
In Review: The Orwells at Gorilla
In Review: Fall Out Boy and The Pretty Reckless at the Manchester Arena