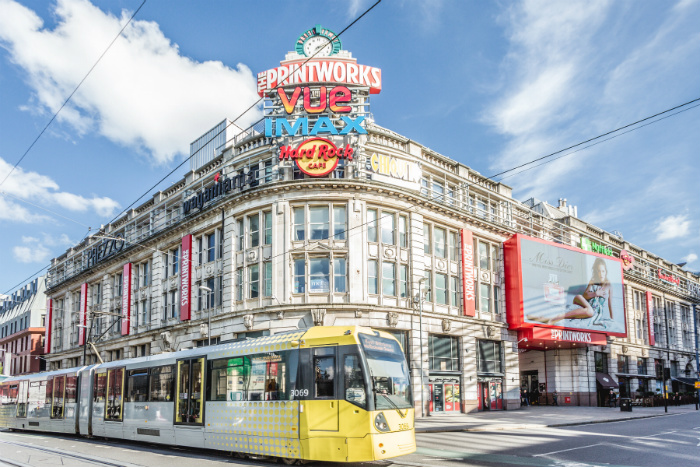 The Printworks, Manchester, has launched a fundraiser in memory of much-loved Centre Director Fred Booth who passed away in January.

The Printworks hope to raise £30,000 to contribute towards the purchase of a new dialysis machine for the Royal Oldham Hospital and the Dr Horacio E Oduber Hospital in Aruba.

It was a dialysis machine which sustained Fred’s life, and these machines seemed to be in limited supply at both of the hospitals Fred stayed in. With the funds raised, the machine would also fittingly be named ‘Fred’, and help to sustain many future lives.

Freed Booth’s family, along with support from Printworks, wish to give their thanks to the exceptional care shown to Fred during the months he spent at each hospital.

Speaking about Fred and his legacy, Adam Jackson, Marketing Manager at Printworks explained, “Fred did so much for the beloved city of Manchester and truly leaves an unfillable void. As someone who was so passionate about supporting others, we want to ensure Fred’s legacy lives on, and along with Fred’s family, pay thanks to those who cared for Fred during his poor health. We hope we can raise enough money for the much-needed dialysis machine in Fred’s name to help sustain the lives of others too.”

During his life, Fred Booth was a supporter of a series of Manchester charities including Disabled Living, Forever Manchester, The Booth Centre and The Christie and was passionate about the Manchester Soul Festival which continues to raise money for The Christie.

Fred Booth launched the Printworks 20 years ago, since which time he earned the title of the Godfather of Manchester and grew the venue to bring in more than 8 million visitors each year.

Donations to the fundraiser are open via Justgiving