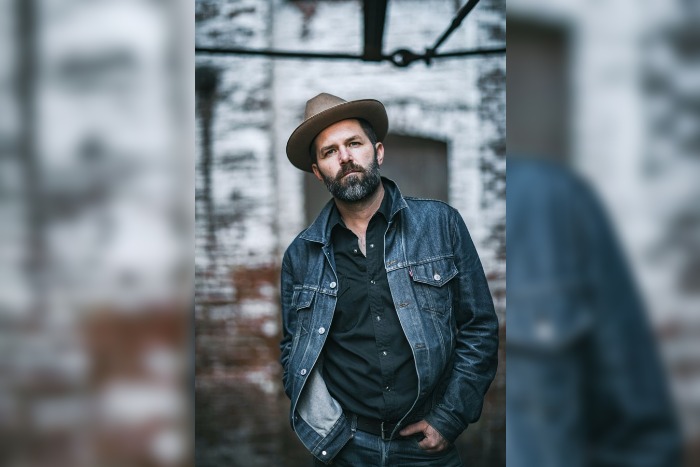 Folk-Americana troubadour Jeffrey Foucault will perform at Manchester’s The Rose and Monkey Hotel in support of the European release of Blood Brothers.  Blood Brothers is the New-England-based singer songwriter’s new album, the following up to 2015’s highlight acclaimed Salt As Wolves.

Blood Brothers is due for release on 27 March 2020, examining the connections of love across time and distances.  The ten-track album promises to pull together strands of country, R&B, gospel, Rock’n’roll and folk.

In two decades on the road Jeffrey Foucault has become one of the most distinctive voices in American music, refining a sound instantly recognisable for its simplicity and emotional power, a decidedly Midwestern amalgam of blues, country, rock’n’roll, and folk. He’s built a brick-and-mortar international touring career on multiple studio albums, countless miles, and general critical acclaim.

Cut live to tape in three days at Pachyderm Studios in rural Minnesota, Blood Brothers reconvenes Salt As Wolves’ all-star ensemble: Conway on drums, Bo Ramsey (Lucinda Williams) on electric guitars, and Jeremy Moses Curtis (Booker T) on bass, joined this time by pedal steel great Eric Heywood (Pretenders) to unite in the studio both iterations of the band with which Foucault has toured and recorded for over a decade. Charting a vision of American music without cheap imitation or self-conscious irony, the ensemble deploys an instinctive restraint and use of negative space, an economy of phrase and raw simplicity that complement perfectly Foucault’s elegant lines and weather-beaten drawl.

When does Jeffrey Foucault perform at Manchester’s The Rose and Monkey Hotel?