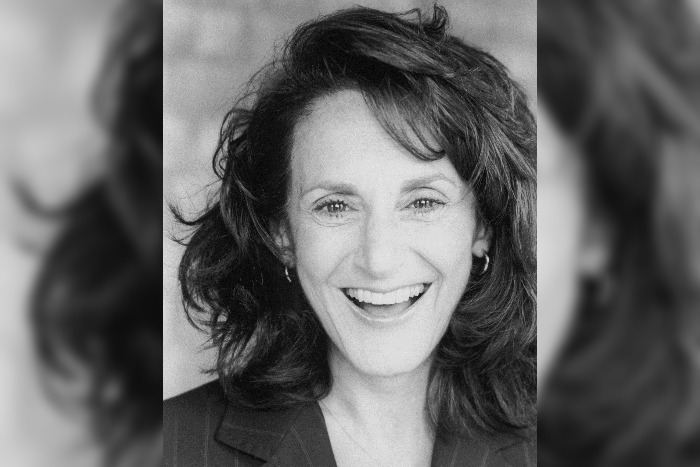 Lesley Joseph has joined the cast of Sister Act for the UK and Ireland tour which comes to Manchester Opera House in June.

Sister Act producers Jamie Wilson and Whoopi Goldberg have confirmed that Lesley Joseph will play Mother Superior in the smash hit musical.  She is set to star alongside the previously announced Brenda Edwards as Deloris Van Cartier and will be joined by Clive Rowe as Eddie Souther.

Sister Act The Musical is based on the hit movie, telling the story of a disco diva whose life takes a surprising turn when she witnesses a muder.  She is placed in protective custody in a convent, disguised as a nun under the suspicious watch of Mother Superior.  Whilst there she helps her fellow sisters find their voices.

Sister Act is directed by Bill Buckhurst and choreographed by Alistair David.  Set design is by Morgan Large, Lighting Design by Tim Mitchell, Sound from Tom Marshall and Musical Supervision by Stephen Brooker.

Lesley Joseph is best known for playing ‘Dorien Green’ in the hugely successful sitcom “Birds of a Feather” alongside Pauline Quirke and Linda Robson. They recorded over 100 episodes over a period of nine years and returned to our screens in 2014 for a further three series. Lesley most recently appeared as ‘Frau Blucher’ in the West End production of the Mel Brooks musical “Young Frankenstein” for which she received an Olivier Award nomination for Best Supporting Actress in a Musical. Her other theatre credits include ‘Miss Hannigan’ in “Annie” at the West End’s Victoria Palace and also on national tour as well as the touring productions of “Calendar Girls” and “Thoroughly Modern Mille.”

Brenda Edwards first came to the public’s attention when she became a semi-finalist in the 2005 series of ITV1’s The X Factor. Since then, she has become one of the most sought-after leading ladies in musical theatre. Her many West End and touring credits include ‘Killer Queen’ in “We Will Rock You” at the Dominion Theatre and original UK Tour, ‘Mama Morton’ in “Chicago” at The Adelphi Theatre, ‘Nettie Fowler’ in “Carousel” at London Coliseum, ‘Pearl Pastor’ in “Carmen Jones” at Royal Festival Hall, ‘Esta’ in “Moby Dick” at Union Theatre and  ‘Motormouth Maybelle’ in “Hairspary” on UK Tour . Brenda most recently starred in “White Christmas” in London’s West End at The Dominion Theatre and is a regular panellist on ITV’s Loose Women.

Clive Rowe won the Olivier award for Best Supporting Actor in a Musical for “Guys and Dolls” at The National Theatre and was also nominated for Best Supporting Performance in “Carousel”, also at The National Theatre. At 2009’s Oliviers, he was nominated for the Outstanding Achievement in an Affiliate Theatre award for “Mother Goose” at Hackney Empire. His many West End and touring credits include “Ladykillers” at the Gielgud Theatre, “Chicago” at the Adelphi Theatre, “Sweet Charity” at the Donmar Warehouse, the UK tour of “The Wind in The Willows” and “Me and My Girl” at Chichester Festival Theatre.

When does Sister Act The Musical come to Manchester Opera House?

Sister Act The Musical runs at Manchester Opera House from 22 June to 4 July 2020.