Previewed: Showstopper! The Improvised Musical at the Palace Theatre Manchester 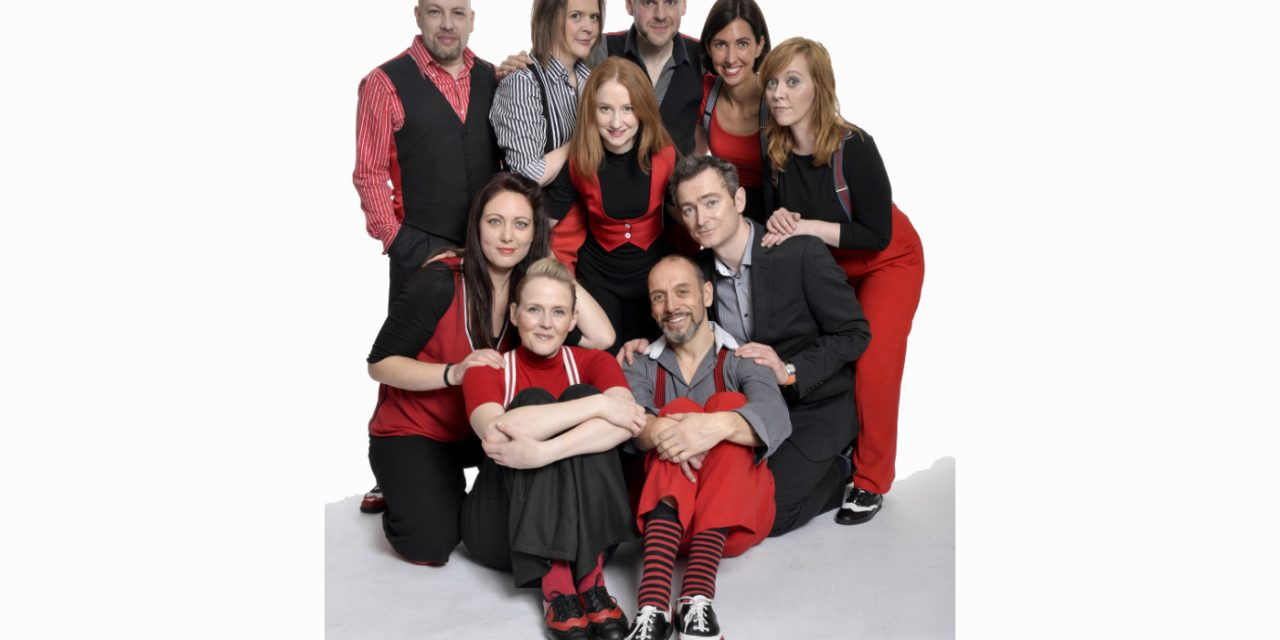 No two nights are ever the same as The Showstoppers take audience suggestions and then spin a brand new comedy musical out of thin air – stories, characters, tunes, lyrics, dances, harmonies and all – with unpredictable and hilarious results. If you’ve thought improv looked difficult before, try doing it in time (and tune) to music!

Since its first inception in 2008, The Showstoppers have become a must-see staple of the Edinburgh Festival Fringe and have enjoyed four West End seasons, blending comedy, musical theatre and spontaneity, with their shows taking them around the globe.

The rotating cast features some of the brightest minds in the world of comedy and musical theatre. The company includes:

· Co-founder Adam Meggido, an award-winning writer/composer who has improvised at the National, The Royal Court Theatre, Shakespeare’s Globe Theatre and currently holds the world record for the directing the longest improvised show – 55 hours without a break.
· Dylan Emery, the other co-founder, has been improvising for more than 15 years – including at the National/Royal Court/Shakespeare’s Globe. He created veteran comedy improv group Grand Theft Improv, and the UK’s premier website devoted to the form thecrunchyfrogcollective.com.
· Pippa Evans is an Edinburgh Comedy Award Best Newcomer nominee and has had great success on TV, Radio and stage – she is a regular on BBC Radio 4’s The Now Show, BBC2’s Fast and Loose, performs regularly with the Comedy Store Players and has had many years of success with her hit character act Loretta Maine.
· Ruth Bratt is an improv Fringe regular for the last 11 years whose recent TV credits include Ricky Gervais’ Derek, Sarah Millican’s Support Group and Vic Reeves’ The Ministry Of Curious Stuff.
· Sarah-Louise Young won the Best Musical Variety Act in the London Cabaret Awards and was nominated for the Edinburgh Comedy Awards Best Newcomer. She has performed her critically-acclaimed Cabaret Whore show across the world.

Where and when do The Showstoppers perform in Manchester?

Showstopper! The Improvised Musical is performed at Manchester’s Palace Theatre on 10 February.