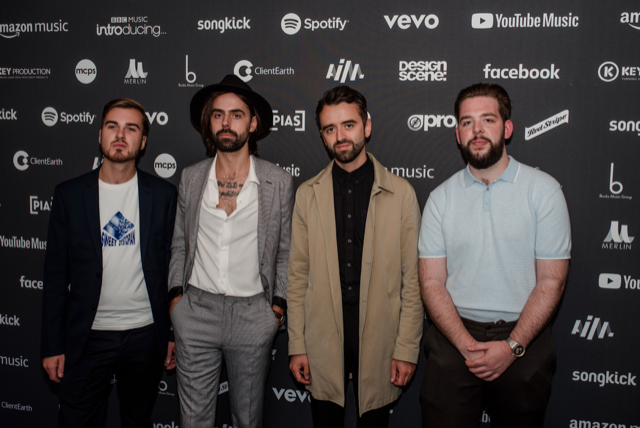 Manchester Record Label Scruff Of The Neck Records has been named Best Small Label at the AIM Awards in London.

Scruff Of The Neck Records were the only northern company nominated for any of the awards.

The Manchester record label held off competition from Fuzz Club Records, Killing Moon, Local Action and Speedy Wunderground to pick up the prize.

Scruff Of The Neck CEO and Founder Mark Lippmann collected the Award at a ceremony including Manchester icon Johnny Marr and Blondie’s Debbit Harry commenting, “This company has grown not just with the development of artists, but the development of talent and it’s people like this (Mitch Page, Label Manager) who have done this; from coming to work for me in a room in Hazel Grove for nothing, paying for his own trains and doing ticketing spreadsheets to becoming the ‘Best Small Label’ Manager just 2 years later.”

Now based in Manchester’s Northern Quarter, Scruff Of The Neck Music Group now has 16 staff across 9 divisions, running live concers, artist management, festivals, video creative and marketing services, merchandise, event production, record label and music publishing.  The company started out in 2009, with Mark Lippmann running the first ever Scruff of the Neck gig in the back room of a student pub in Manchester.

Praising the label’s hard work ethic and devotion to its artists, AIM CEO Paul Pacifico said, “At this year’s AIM Independent Music Awards, the nominations for Best Small Label were all outstanding. On the night, SOTN emerged as the worthy winner and for me really highlight the depth of both commercial and creative talent at the heart of independent music. This small team from Manchester is punching above its weight time and time again and building a future facing music business that is ready to go from strength to strength. I look forward to their continued success and am proud to count them as a member of our community.”

The AIM awards were set up in 2011 to celebrate artists who achieve success without the support of the “big three” record labels – Sony, Warner Music and Universal.