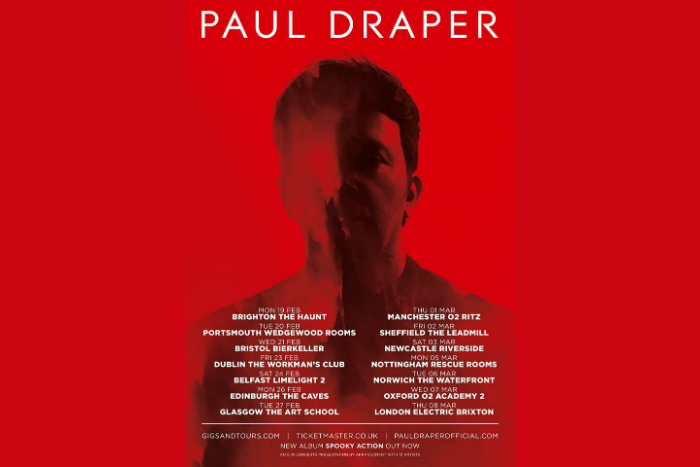 Paul Draper has announced a run of 14 dates including a gig at Manchester’s O2 Ritz in support of his debut solo release Spooky Action.

Spooky Action entered the UK album charts at the number 19 spot upon its release in August.

The news follows the announcement of a new single, Grey House which will be available from 20 October.  Grey House recalls the experimental pop of Draper’s previous band, Mansun.

Where and when does Paul Draper play in Manchester?

When do tickets for Paul Draper at Manchester’s Ritz go on sale?

Tickets for Paul Draper at the O2 Ritz, Manchester, go on sale on 15 September.